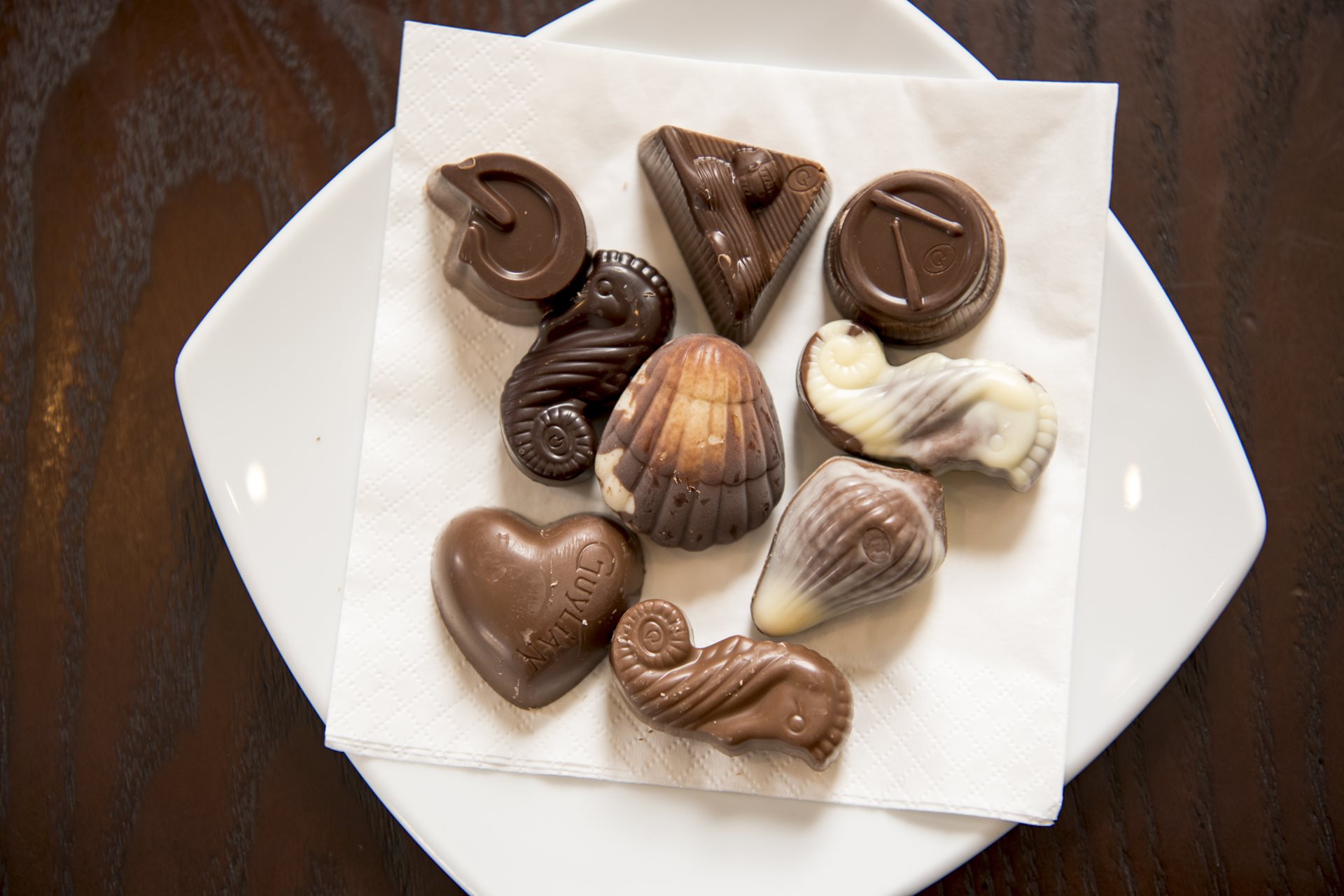 Indulge your passion for the finest Belgian chocolates and decadent desserts at Guylian Belgian Chocolate Café. Its the perfect place to relax and enjoy breakfast, lunch and desserts.

Take a delicious journey through their beverage menu with a signature hot chocolate or coffee. Delight in the extravagant petit fours and individual desserts or treat yourself to a traditional Belgian waffle with liquid Guylian chocolate sauce.

Even better, opt for some of their world famous-chocolate seashells or cake to take away.

SLIDE
You can't go wrong with any of these delicious choices for your afternoon snack
An assortment of iconic Guylian chocolates
Treat yourself to coffee and a chocolate truffle
A divine Guylian chocolate mousse cake too pretty to eat! 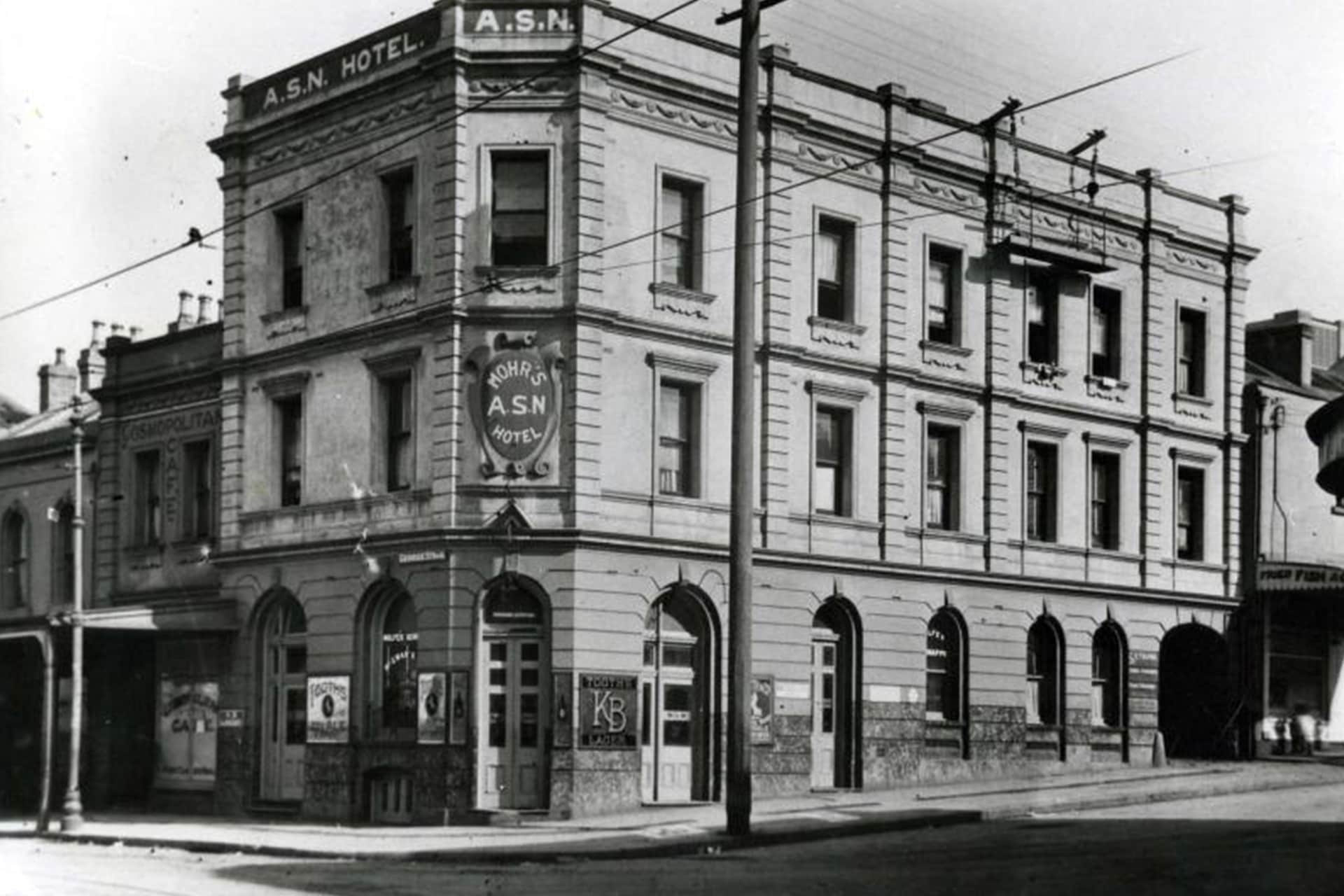 A hotel has stood on this site since 1837 when the New York Hotel opened.

The current building replaced it in 1891, renamed the ASN Hotel after the locally based shipping firm, the Australasian Steam Navigation Company, whose former wharf and monumental warehouses are still located further down George Street. At one stage publican Harvey Taft, a cousin of the US President Taft at the time, was also said to have operated as the US Consul from here. The building ceased as a pub in the 1980s. 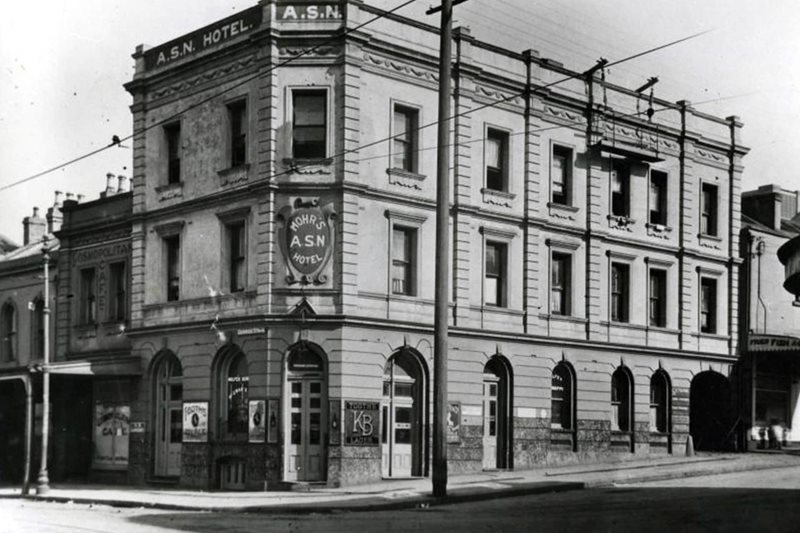