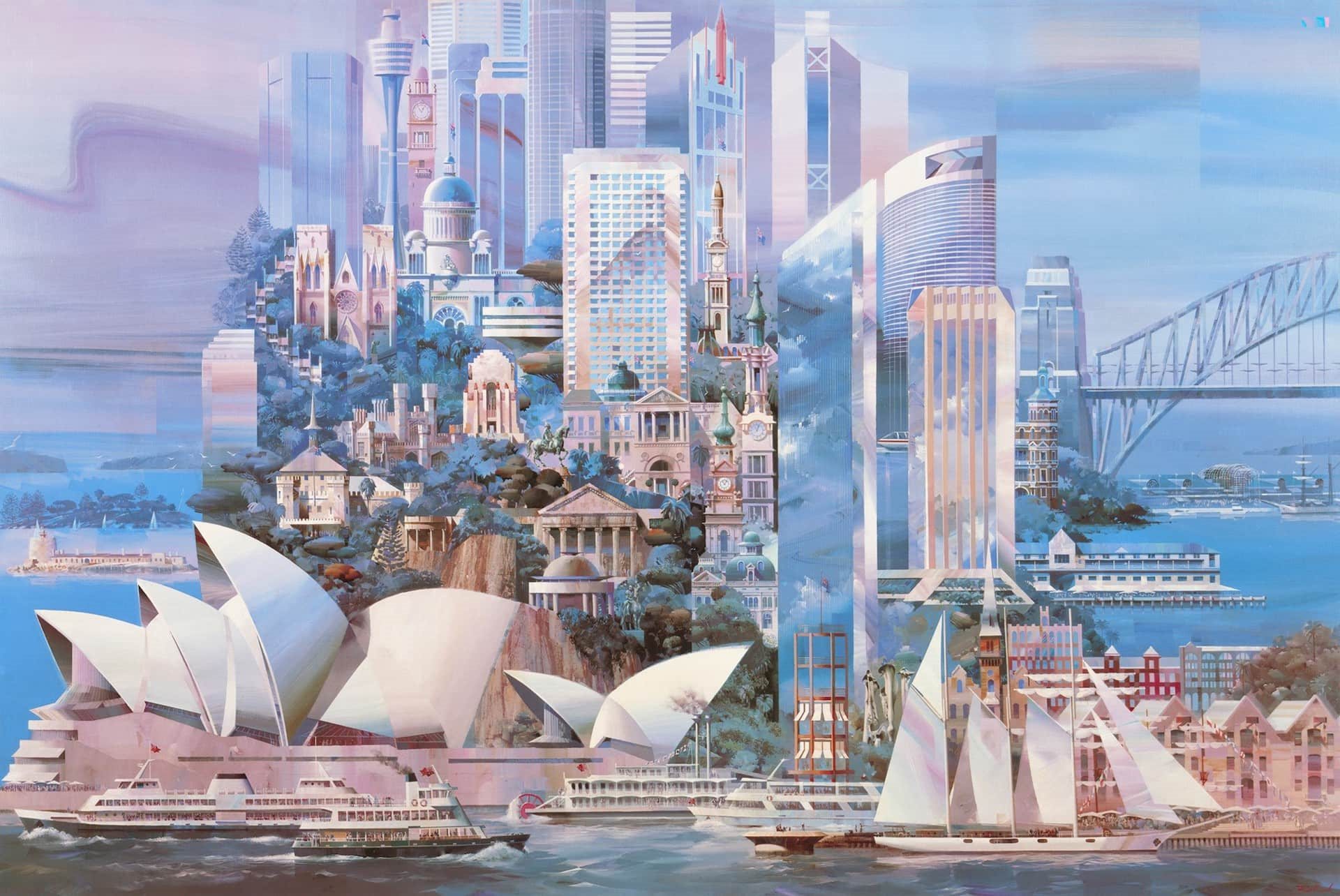 Explore a unique slice of Sydney's history, wrapped up in the artistic world of Charles Billich.

Step into this iconic Sydney gallery space and immerse yourself in a contemporary collection of works from master craftsman, Charles Billich.

He describes his surrealist, with a touch of irony and a fair amount of humour. Painting and drawing across all media, Billich also sculpts in precious and semi-precious metals.

He explores themes reflecting his own obsessions, fantasies and thwarted ambitions. Drawing from what he sees around him, penetrating the personality of his subjects and challenging the norm. 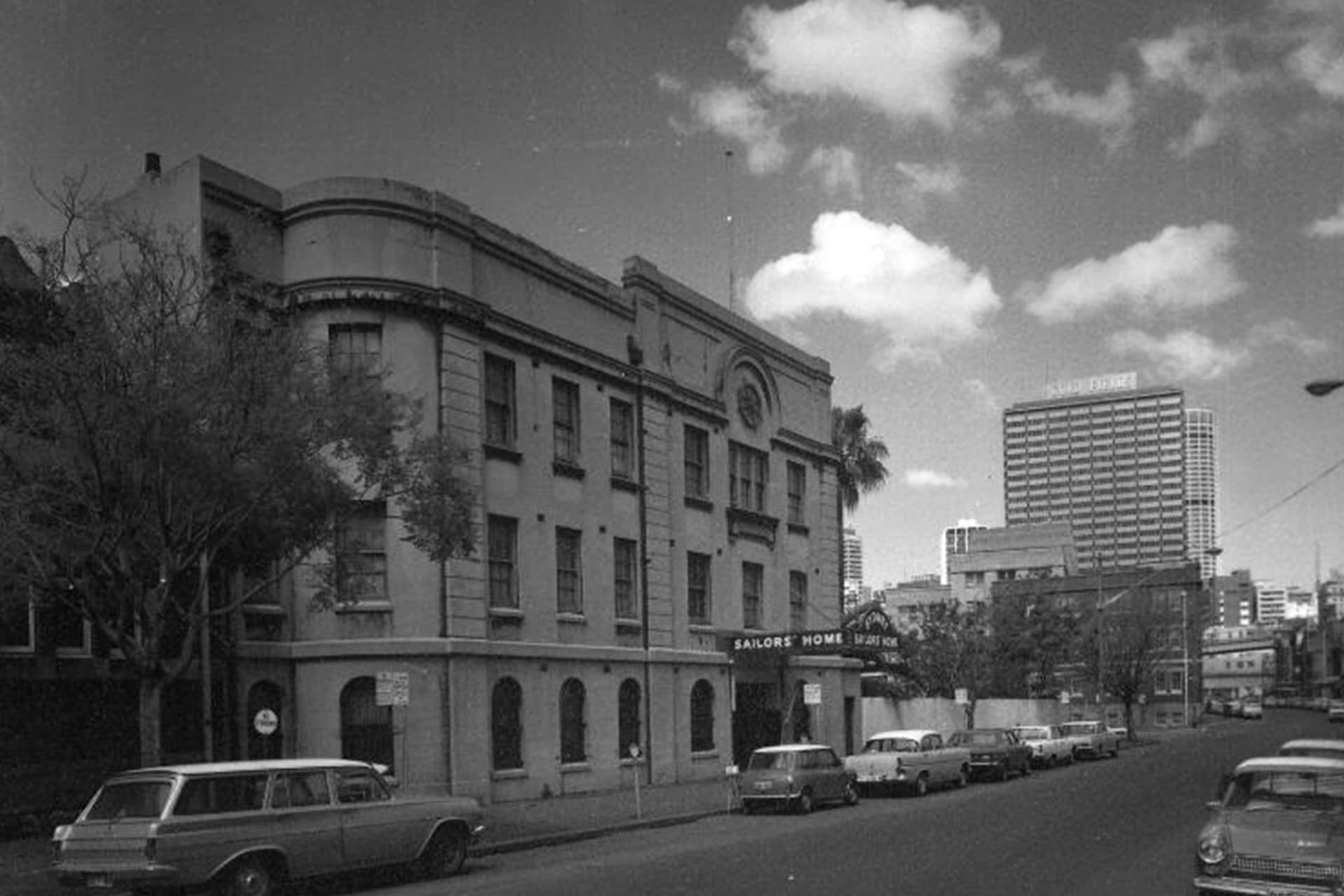 The Sydney Sailors’ Home was set up in 1864 as a place where sailors on shore leave could find accommodation rather than being charged exorbitant amounts for accommodation in many of the private boarding houses of The Rocks.

The building that you see now with its arched windows is a third of what was originally designed. In 1868 a fundraising picnic was conducted at Clontarf, a beach on the north side of the Harbour. The special guest was the son of Queen Victoria, Prince Alfred, Duke of Edinburgh, who was then visiting Sydney. Prince Alfred was a sailor, and so agreed to help raise money for the Sailors’ Home. At that picnic Prince Alfred was shot and wounded by a would-be assassin. In gratitude to those who overpowered the assassin, Prince Alfred donated large sums for the completion of the Sailors Home. In spite of this, the building was not completed until 1926, and even then it was not to the original design. Undeterred by the attempt on his life Prince Alfred returned to Sydney, albeit unofficially, on two further occasions. 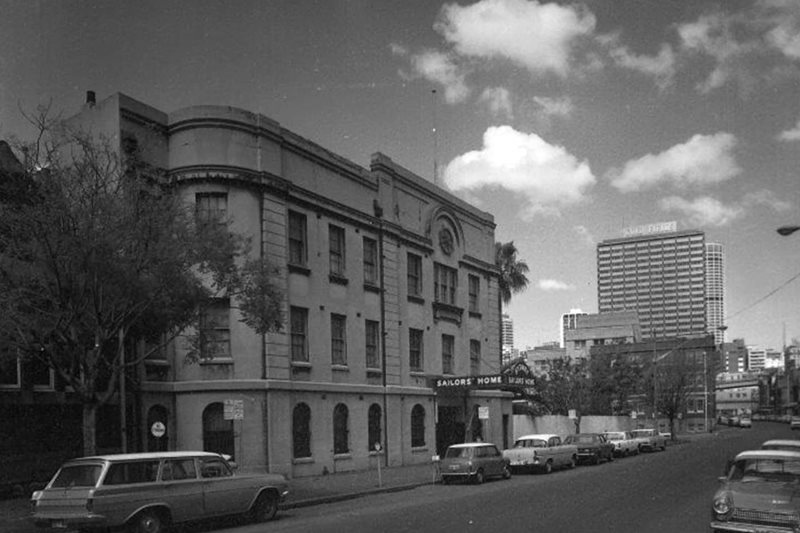