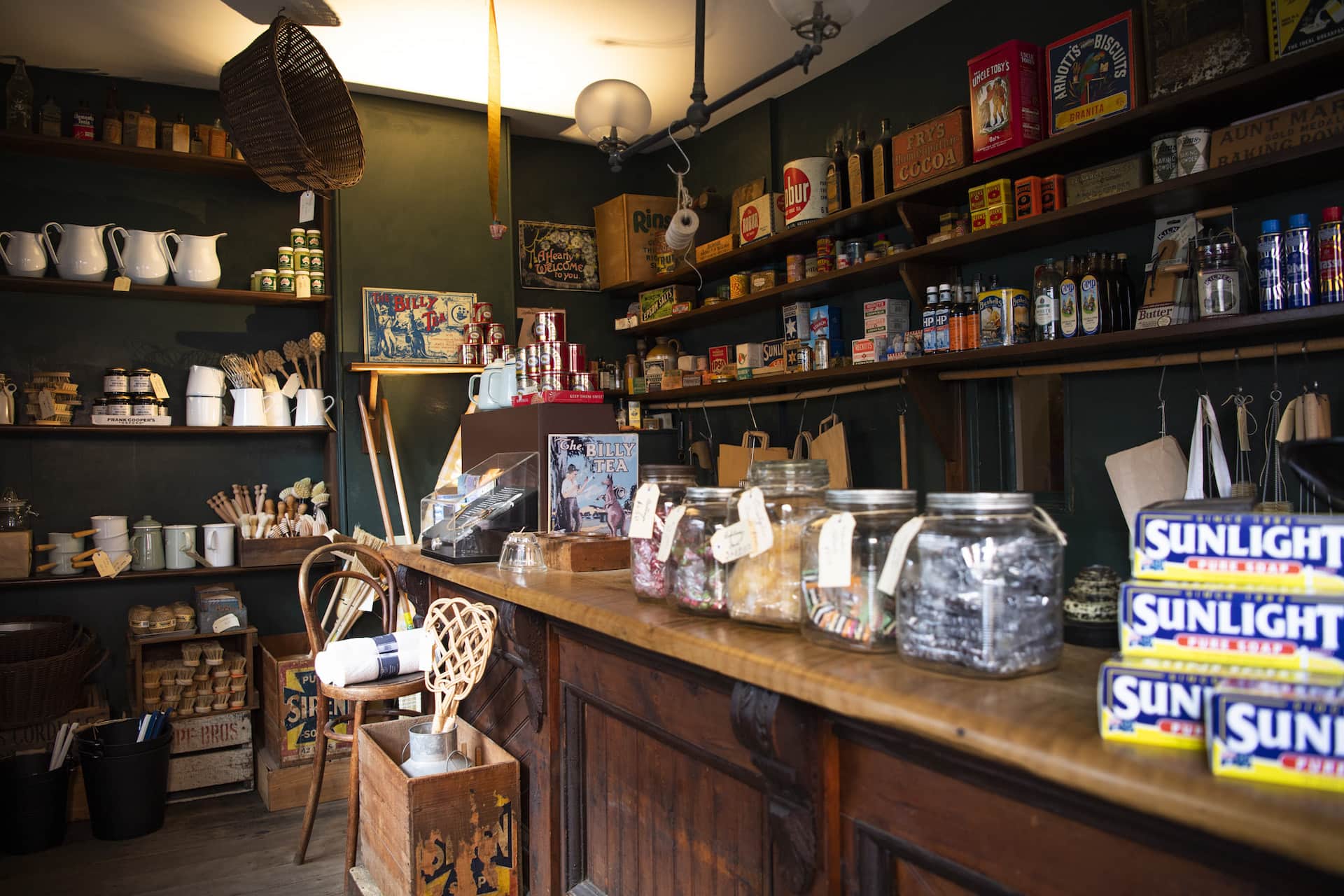 Learn the stories of the heritage-listed terraces at Susannah Place.

Many working-class families lived in The Rocks, with tiny backyards, outdoor baths and the occasional rat plague. Susannah Place Museum is where their stories unfold.

It’s been home to more than 100 families throughout history, and while Susannah Place has survived modern development, you’ll get an amazing glimpse into the past with the tales of the original four terrace houses.

Make sure you check out the unique souvenirs in the delightfully recreated 1915 corner shop for a piece of history to take home with you.

Bonza Bike Tours
Take a trip through the historical, cultural and social perspectives of Sydney on a bicycle.
View Details
Museum of Contemporary Art
The home of modern art in Australia with an ever-changing exhibition program.
View Details
PaniQ Room
Adventure, team building, tension and plenty of mystery.
View Details
CHI, The Spa
Seek serenity at an urban spa oasis in the heart of The Rocks.
View Details

Susannah Place was built in 1844 by Irish immigrant Edward Riley.

Riley and his wife and stepdaughter arrived in the colony where Riley built this row of terraces; one for his family to live in, and the rest to be rented out. He named the row Susannah Place after his niece Susannah. Recent research has shown that Susannah was actually the illegitimate daughter of Riley’s wife. The row of buildings consists of three terrace houses and a corner shop. These buildings are now managed by the Historic Houses Trust who have conserved the building as it looked when it was last occupied in the 1970’s. The shop has been fitted out as a corner shop and looks as it would have around 1920, based on the memories of man who lived there as a small child. The other terraces have been furnished as they would have looked in previous eras: Number 60 reflects the 1840’s and number 62 is as it looked in the 1970’s. Number 58 has been conserved to show the various changes to the building over throughout its history. Peeling paint reveals earlier decoration, and fallen plaster has been consolidated to show construction techniques of the building. Susannah Place is open as a museum by Historic Houses Trust on weekends and school holidays.