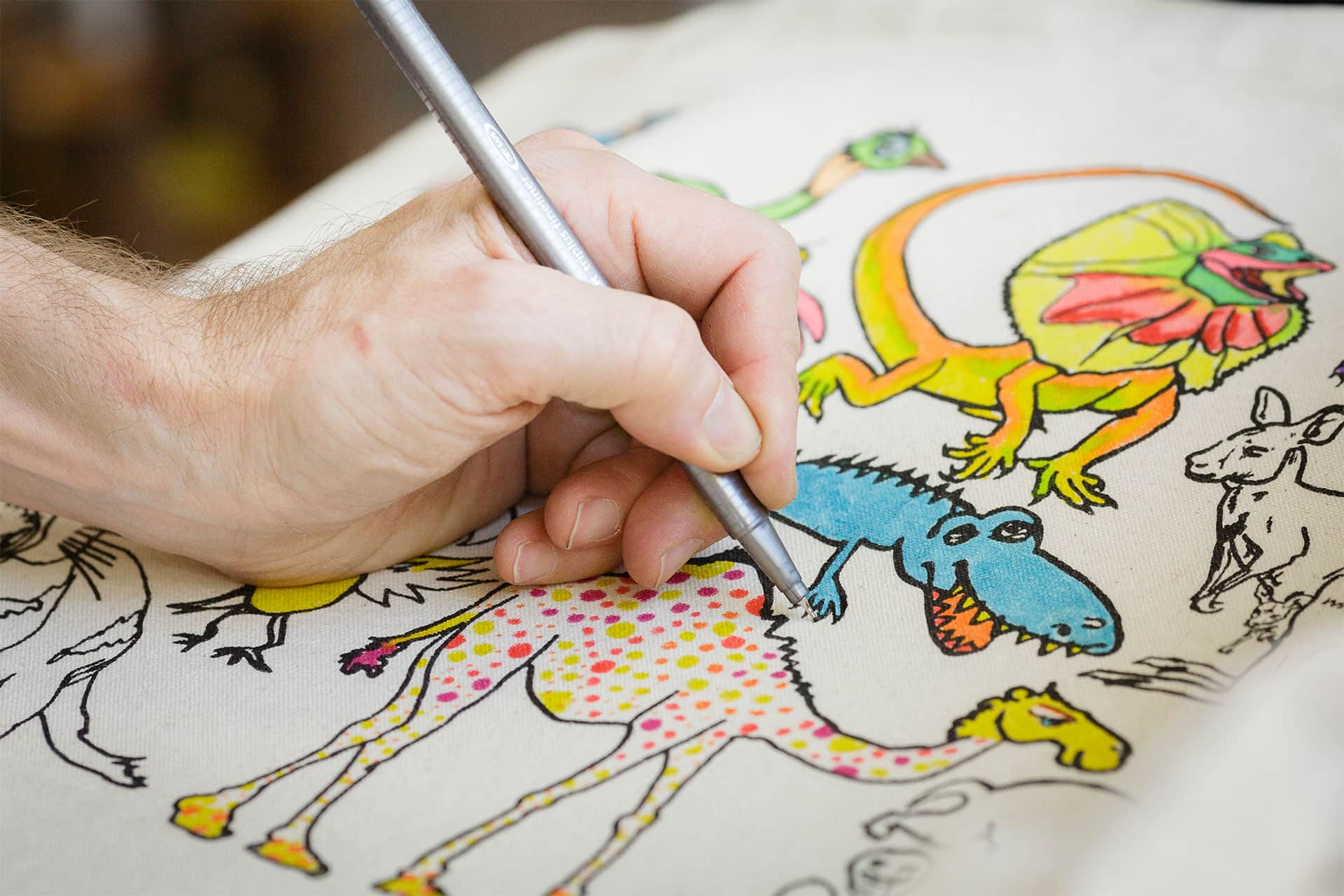 Quirky and original Australian art prints on t-shirts, canvas and other materials.

Sean Carver is a Sydney based artist/T-shirt designer. He loves Aussie cars, chopper bicycles, Iron Chef, the beach in summer, the couch in winter, beer, footy and cricket – all good Aussie guy stuff.  He works on canvas, paper, T-shirts and other fabrics. The sources of his subject matters include fashion magazines, car magazines, advertisement photography and Manga comics.