To protect the people of NSW from the evolving COVID-19 outbreak, stay at home orders have been put in place for Greater Sydney Find out more

Artisan objects and books galore for contemporary arts and minds.

In the heart of Sydney's Museum of Contemporary Arts is The MCA Store, pure fuel for your inner artist. You'll find a stunning selection of international books and publications on contemporary art, artists, design, architecture, and every aspect of contemporary visual culture.

But the MCA Store offers more than a great read. There's an exquisite range of gifts and artistic creations, from hand-crafted jewellery through to homeware and greeting cards.

There's an emphasis is on Australian design and artistic integrity everywhere you look. And you can also pick up any of the artist publications or merchandise from the MCA exhibition program.

SLIDE
Browse the vast selection of books on art
Stand out from the crowd wearing these one-of-a-kind earrings
Unique candles, books and sculptures make the perfect gifts
Browse the beautiful silk scarves

The Museum of Contemporary Art (former Maritime Services Board) building is thought to be sited close to the first landing of the First Fleet.

Sydney's first hospital was built to the south-west of this site and by 1802, the Hospital Wharf was constructed in front of the present building. In 1797 Governor Hunter ordered a Government Dockyard to be built in order to repair shipping. The remains of part of the dockyard still exist in the archaeological record under the northern end of the MCA building. Convict masons who worked on construction of the Commissariat Stores carved their initials into each of the sandstone blocks used in the buildings. The demolition of the Commissariat Stores in late 1939, and the concurrent threats to other Macquarie-era buildings in Sydney, provoked considerable public debate, and was instrumental in the formation of the heritage movement in Australia and, in particular, the establishment of the National Trust in 1949. A prominent Circular Quay building, constructed after World War 2, the Museum of Contemporary Art (former MSB building) has aesthetic significance as a fine example of a stripped neoclassical government office building. Its strongly massed use of sandstone and bronze windows and doors and its harbourfront position indicate its original role as headquarters of the important Maritime Services Board. 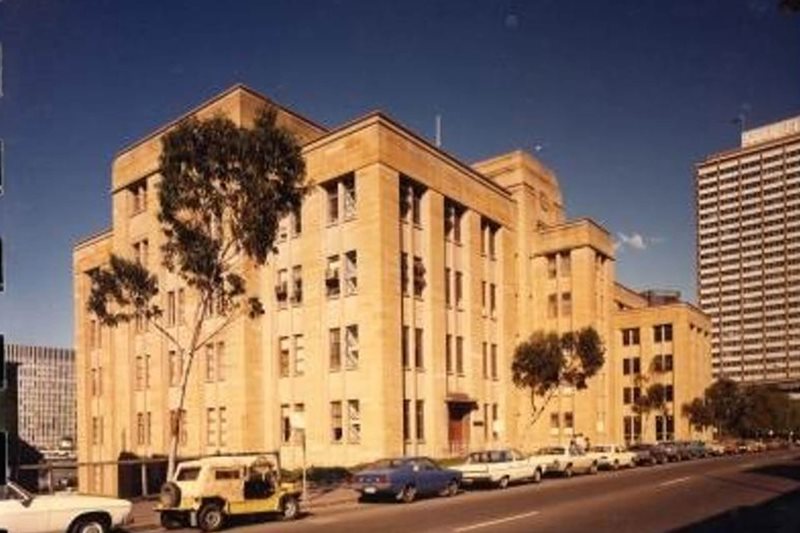