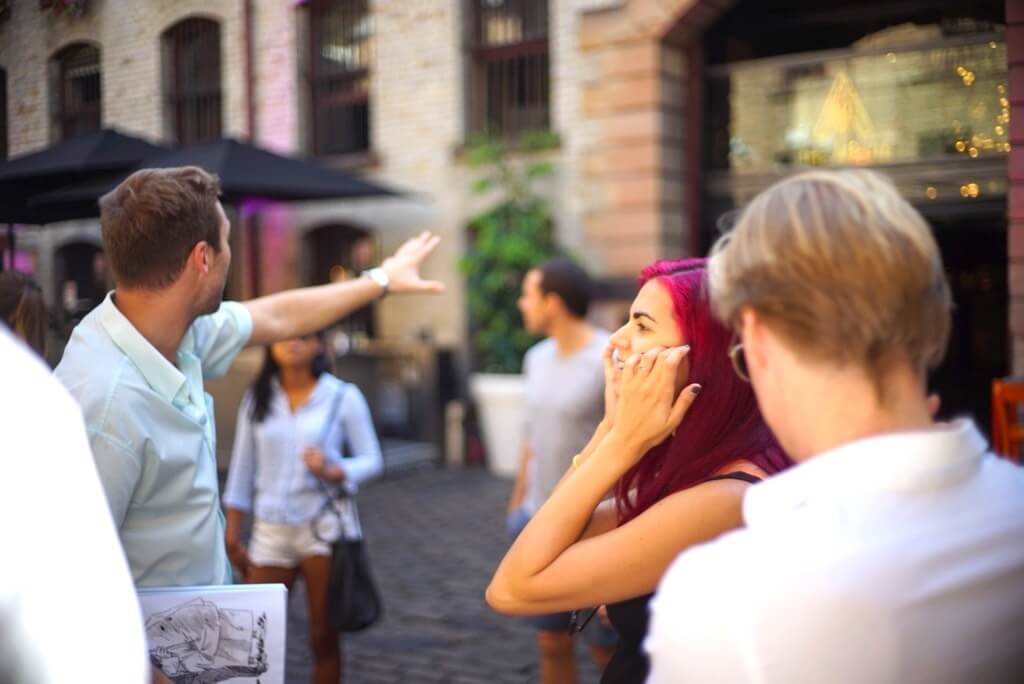 Journey Walks : passionate team of Sydney historians who bring to life the notorious true crime stories riddled throughout The Rocks on bespoke tours and events.

They work closely with many of the area’s most historic pubs and heritage venues — allowing groups to immerse themselves within ancient sandstone cellars turned whisky bars and enjoy cocktails in former police cells. As well discovering the secrets of some of Australia’s oldest colonial hotels.

Animating the tales, trails and tastes of historic haunts throughout The Rocks, their unique experiences are available for public and private groups and easily customised for work teams and educational excursions.