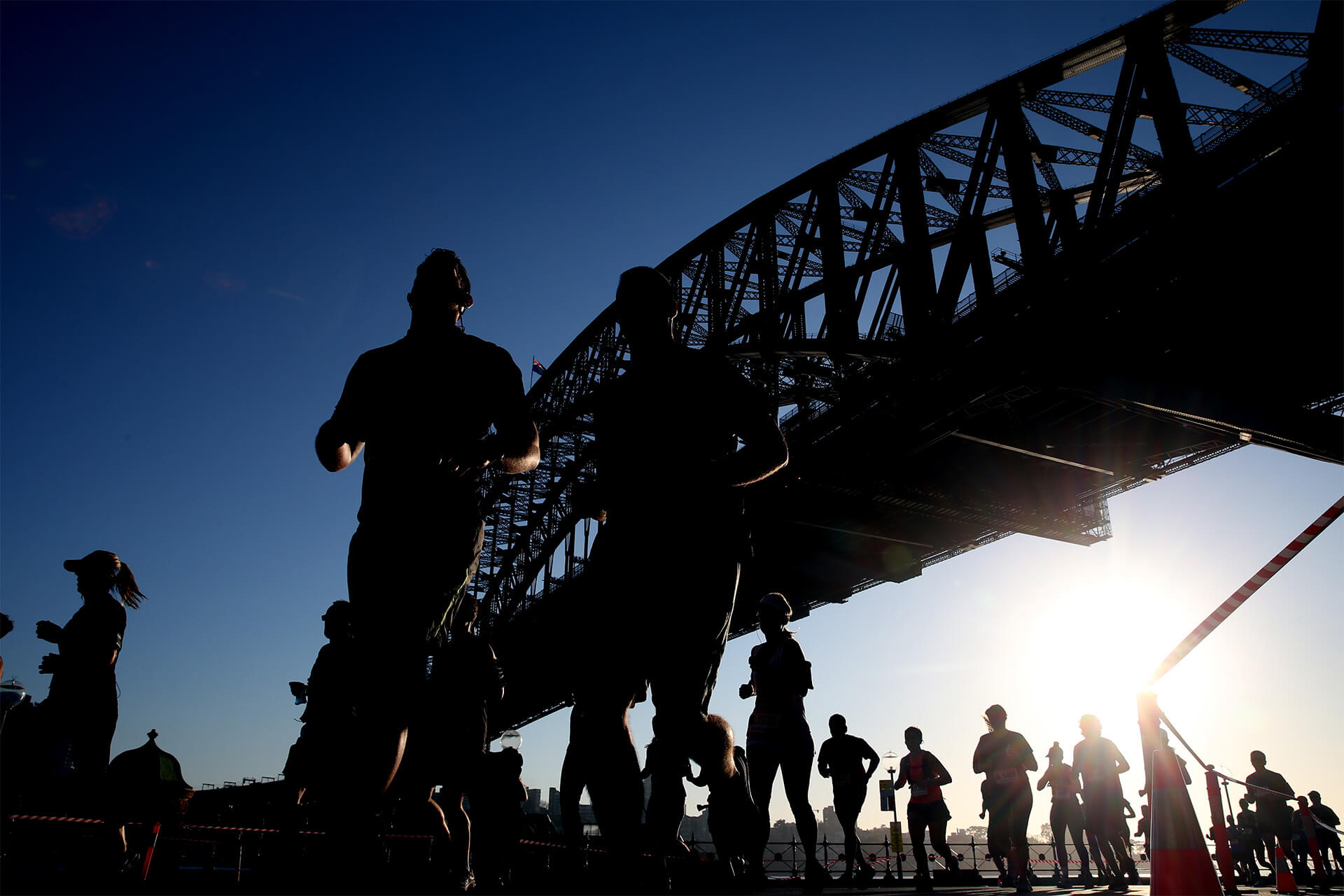 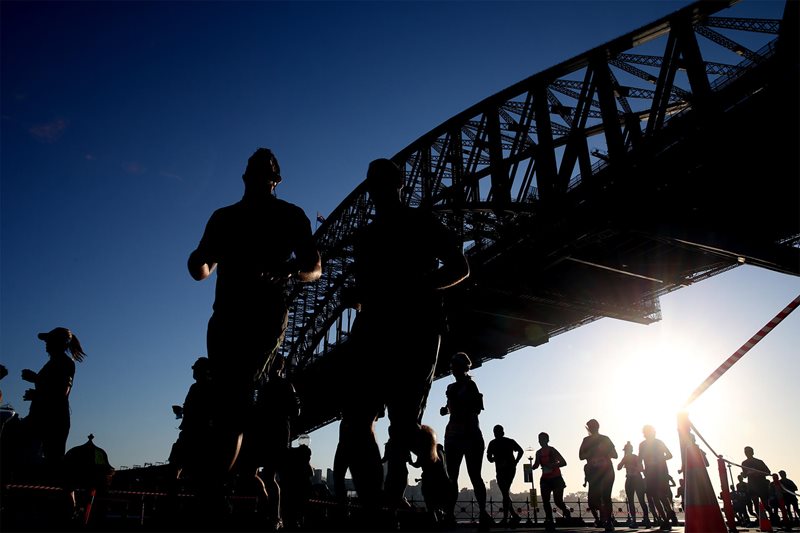 From 6am, Sunday 18 September

Dust off your runners for the marathon’s 20th anniversary – there’s a route for everyone.

The Blackmores Sydney Running Festival is the sole remaining participant legacy of the Sydney 2000 Olympic Games. It started in 2001 when the NSW Government approved the continuation of a marathon in Sydney to promote fitness and health for the NSW community and to position Sydney as an international tourist destination. Twenty years on and the Blackmores Sydney Marathon and Running Festival is one of the most spectacular running events and marathons in the world.

It is with great excitement that that the Blackmores Sydney Running Festival will return on 18 September 2022. They are excited to welcome you back to the streets and sights of Sydney as we come together to celebrate the event's 20th running.

The Blackmores Sydney Marathon is also a candidate race for the Abbott World Marathon Majors (AbbottWMM).

The Blackmores Sydney Running Festival has 4 distances, suitable for any fitness level;

Never miss out on events

Get updates on the latest events from The Rocks.

Every Sunday
Yoga In The Park
Get fit and flexible every Sunday morning with FREE Yoga in The Park!
View Event
Do Ho Suh: Museum of Contemporary Art Australia
By
The South Korean artist’s first solo exhibition in the Southern Hemisphere, presented as part of the 2022/2023 Sydney International Art Series.
View Event
Primavera 2022: Young Australian Artists
By
The Museum of Contemporary Art Australia's annual exhibition of young Australian artists aged 35 and under.
View Event
Dancing in Fetters at The Rocks Discovery Museum
Music and dance was an integral part of convict life. Step into an intriguing exhibition that traces the origins and largely unknown aspects of life in the early penal colony.
View Event
Subscribe for events, guides & offers
Subscribe No Thanks