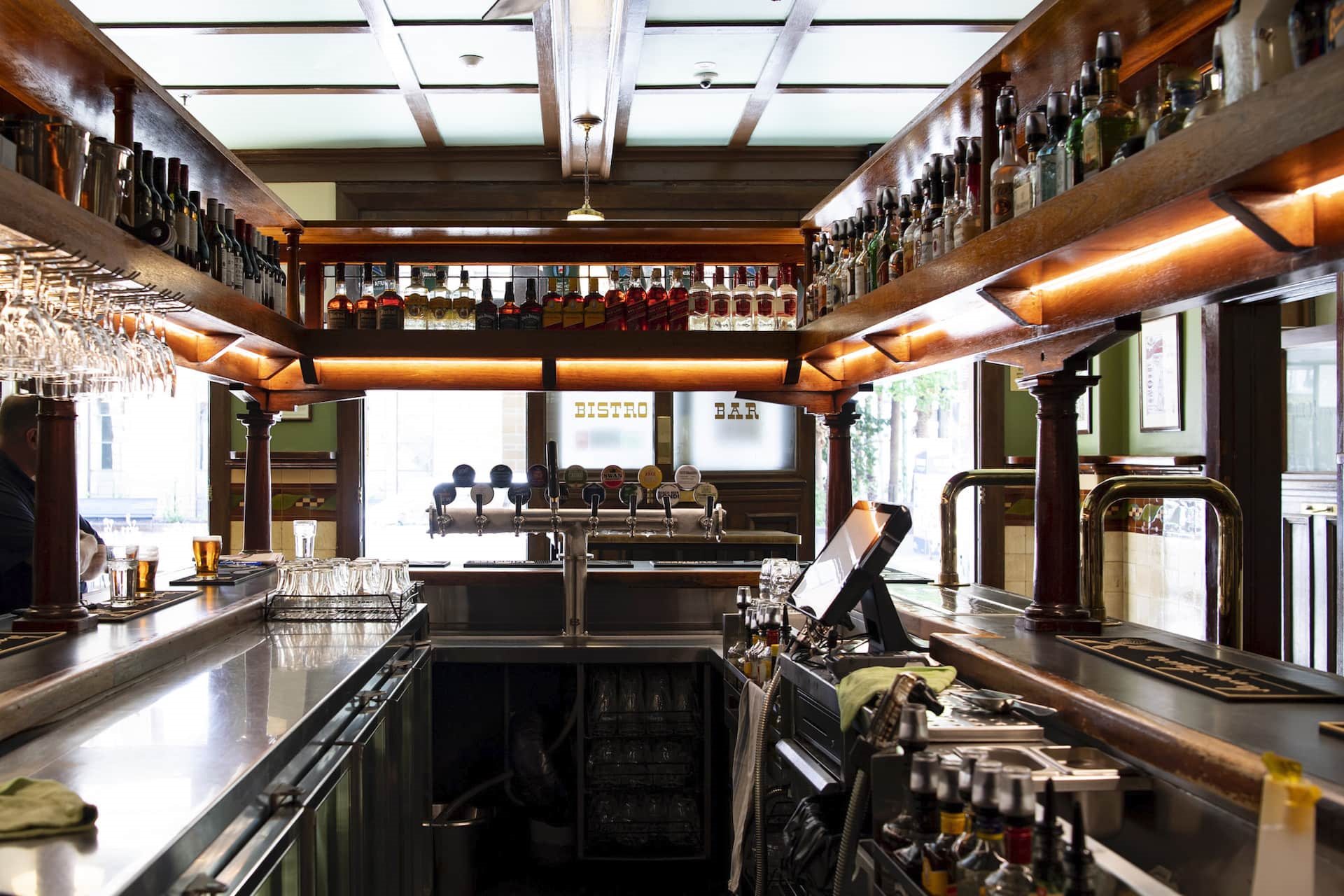 This iconic pub and hotel built an enviable reputation for its warm traditional service in and cosy heritage bar. The Fortune of War is where old-world charm meets modern comfort.

Hearty pub fare is served daily from noon, with 16 beers local and imported beers on tap so can linger on an old favourite or sip something new.

Live music plays Wednesday to Sundays and you’ll also find the First Fleet Bistro out the back with a relaxed kid-friendly atmosphere.

*Children must be accompanied by a responsible adult.

What's on at Fortune of War Hotel

$12 Beer Paddles
At Fortune of War revellers can enjoy a tasting paddle of 3 different beers for just $12.
View Offer
Christmas Turkey Roast and Plum Pudding at Fortune of War
It’s not Christmas if there’s no turkey! Get yours with veggies and cranberry sauce at Sydney’s oldest pub - plus a plum pudding with custard and cream to top it off.
View Offer
@fortuneofwarhotel
View on Instagram 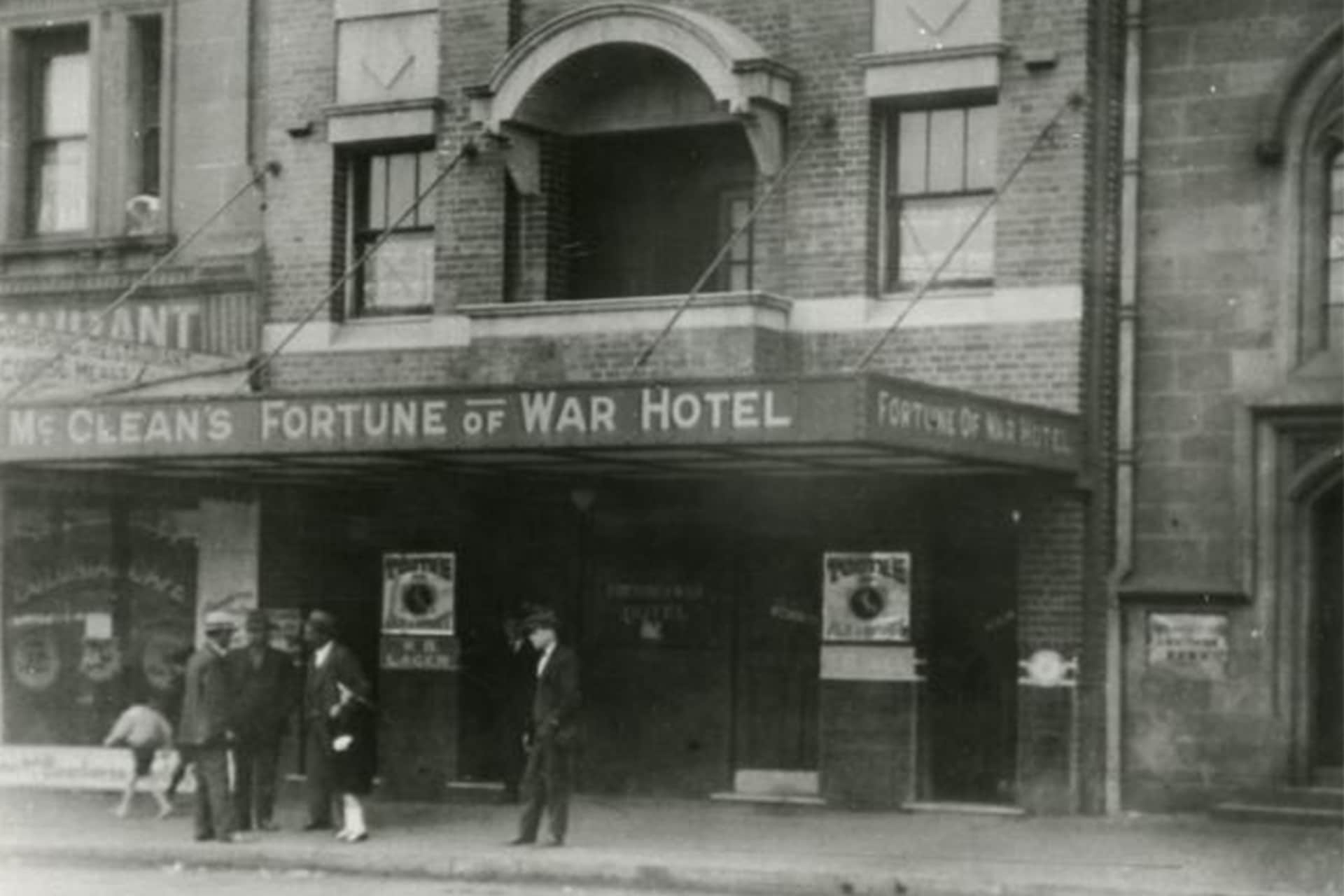 The Fortune of War holds the title of being the oldest pub in The Rocks still in its original location.

The license is believed to go back to at least 1830. The current building was built in the 1920’s replacing the original hotel on the same site. This site had also been the location of Sydney’s first hospital in 1788. Two years later a pre-fabricated hospital building was sent out from Britain. It had been designed by Jeffrey Wyattville who was also responsible for the Brighton Pavillion, the Prince Regent’s exotic pleasure palace on the south coast of England. 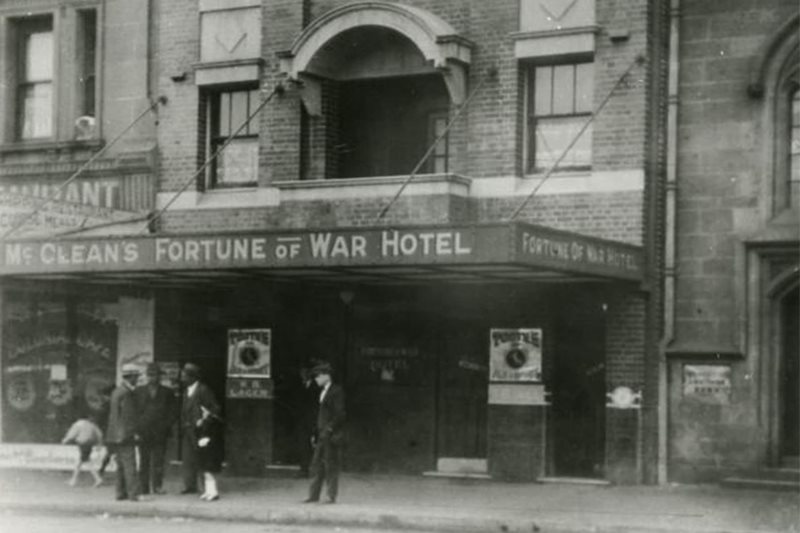