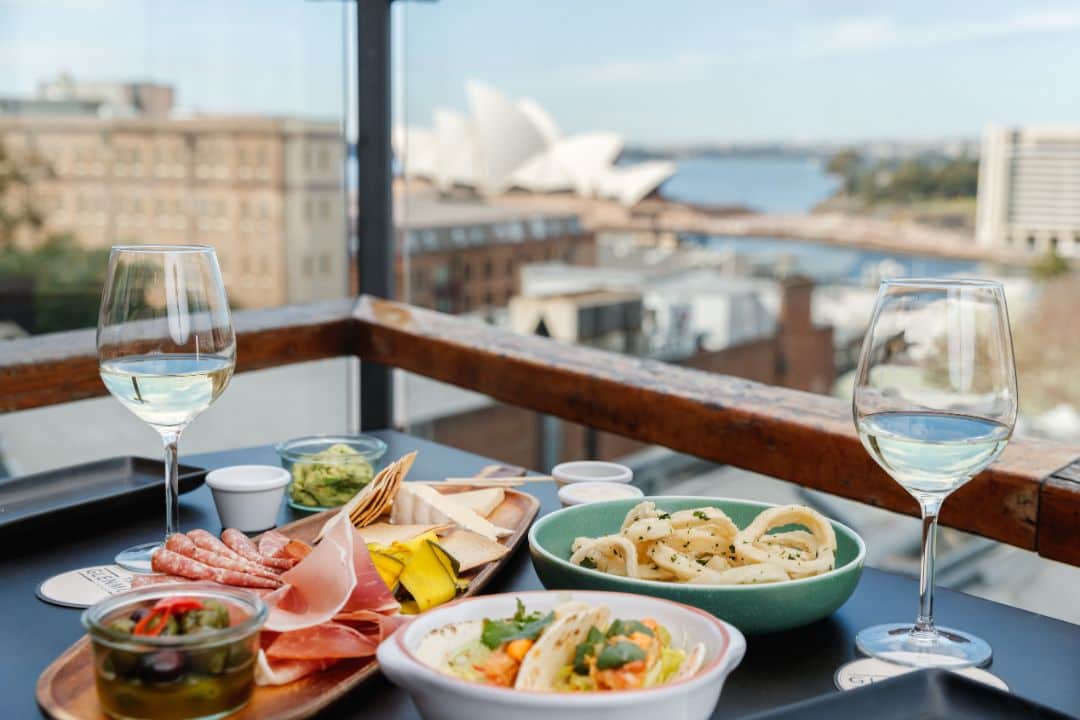 Originally built on the other side of Cumberland Street in the 1840s, this Aussie icon was reconstructed by Tooth Co. in 1921 to clear the path for the Sydney Harbour Bridge.

Time has moved on, but the traditional charm and character has stayed. It’s just one reason why The Glenmore has remained hugely popular in Sydney for over a century. Make sure you visit the rooftop beer garden to take in the stunning 180-degree views of the harbour and enjoy a drink and a bite with friends.

What's on at The Glenmore Hotel

Australia Day Long Weekend Party at The Glenmore
Slip, slop, slap and grab your sunnies; The Glenmore has so much planned this Australia Day!
View Event
@theglenmore
View on Instagram

Mrs. Jones
A modern cocktail and terrace bar above one of the city's oldest pubs.
View Details
Bar Mille
The original 1856 Rawson Institute for Seamen has been transformed with a fresh nautical vibe, quickly becoming a favourite destination for The Rocks locals and visitors to enjoy modern bar food, cocktails tap beers and our extensive wine list.
View Details
The Argyle
The Argyle is an icon of Sydney nightlife with six bars set over two stories and a spacious sunny courtyard. Come for the delicious drinks and bites - stay for the epic live performances.
View Details
The Mercantile Hotel
Nestled in the heart of The Rocks, a charming hotel on the National Register of Historic
View Details 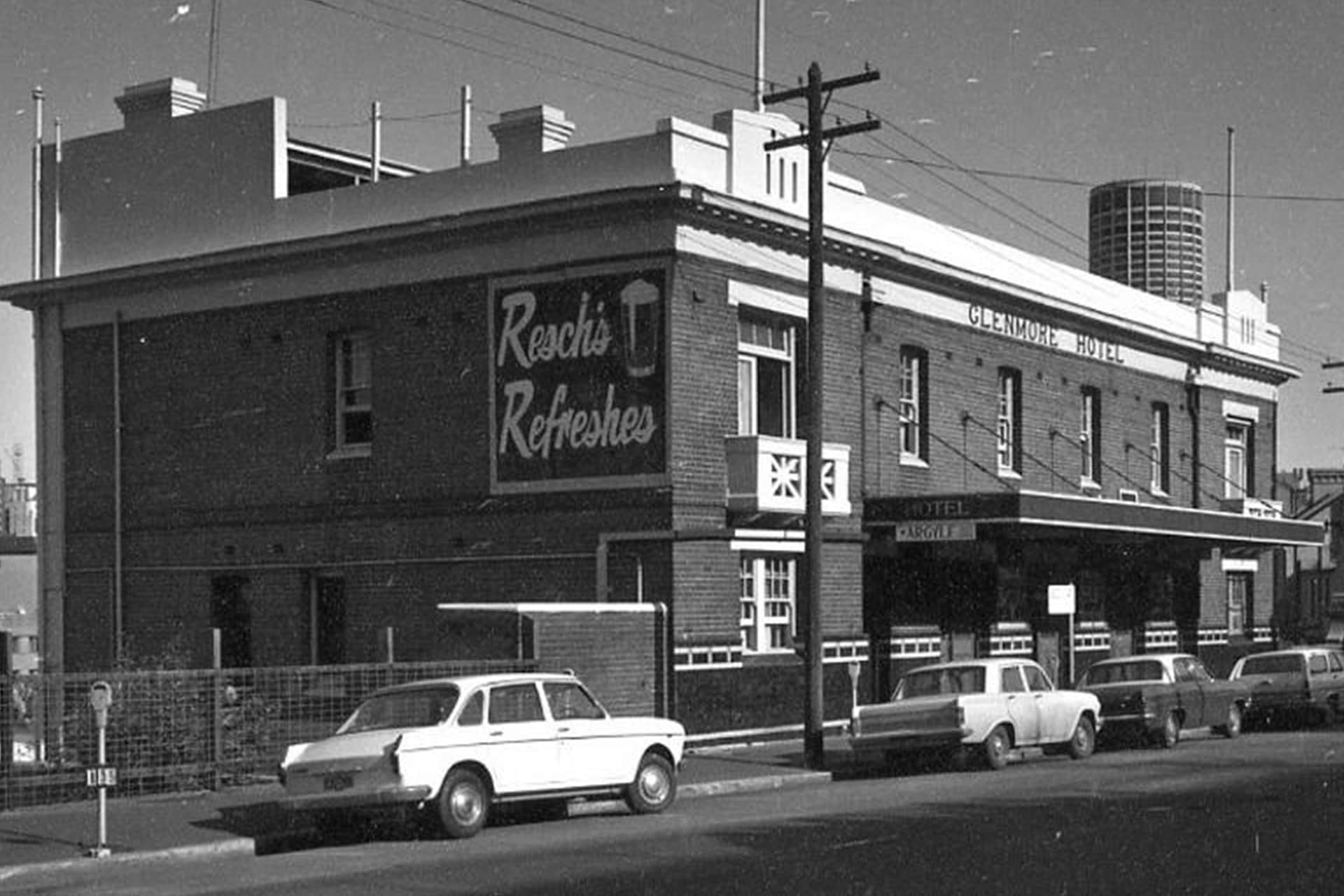 The first Glenmore Hotel, known more correctly as the Glenmore Cottage, had been established around 1837.

It was located in Cumberland Street, less than 50m from the current hotel. For 80 years it served the public, offering dances and entertainment on three nights of the week in the 1860s, and hosting coronial inquests (as did many Rocks pubs) when locals died under unusual circumstances. When elections were held for Sydney Council or the NSW Legislative Assembly candidates (sometimes Rocks businessmen like Patrick Freehill) often met their local voters here in public meetings. Plans for the construction of the Sydney Harbour Bridge eventually to lead to the demolition of 280 buildings between Cumberland and Upper Fort Streets, including the former Glenmore Cottage. The new Glenmore was built on its present site in 1921. Largely serving the waterside workers and visitors to Sydney it was equipped with spacious bars and acommodation upstairs. 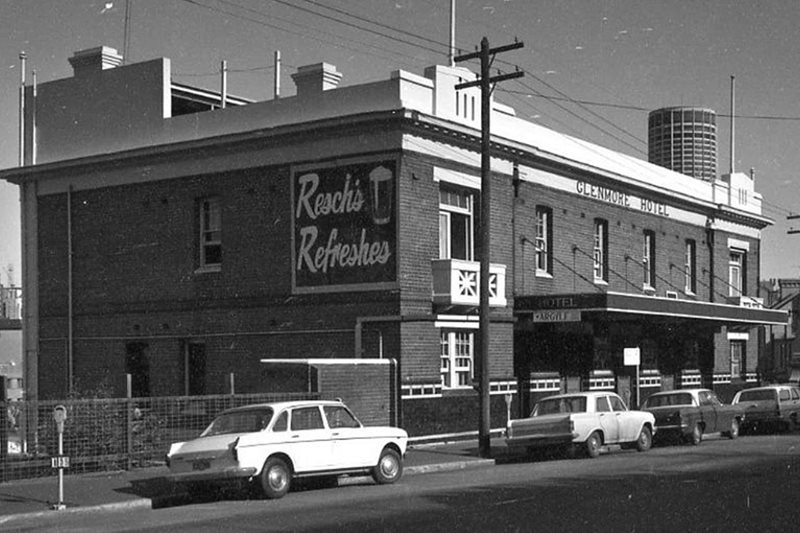