Bars, bones and bodies - eight of The Rocks’ most haunted sites

Today The Rocks is a vibrant hub for great coffee, artisan shopping and some of Sydney's best bars and restaurants, but once upon a time it was a much more grisly place. As Sydney's oldest neighbourhood, there's bound to be some spooky spaces to explore. We've put together a few of our favourite historic haunts. 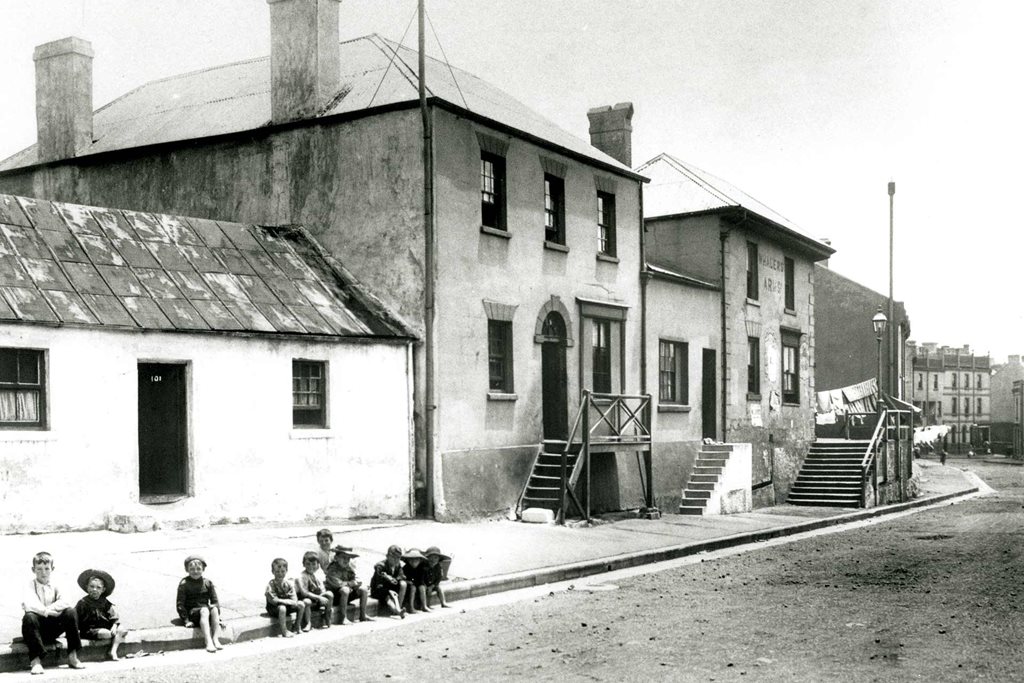 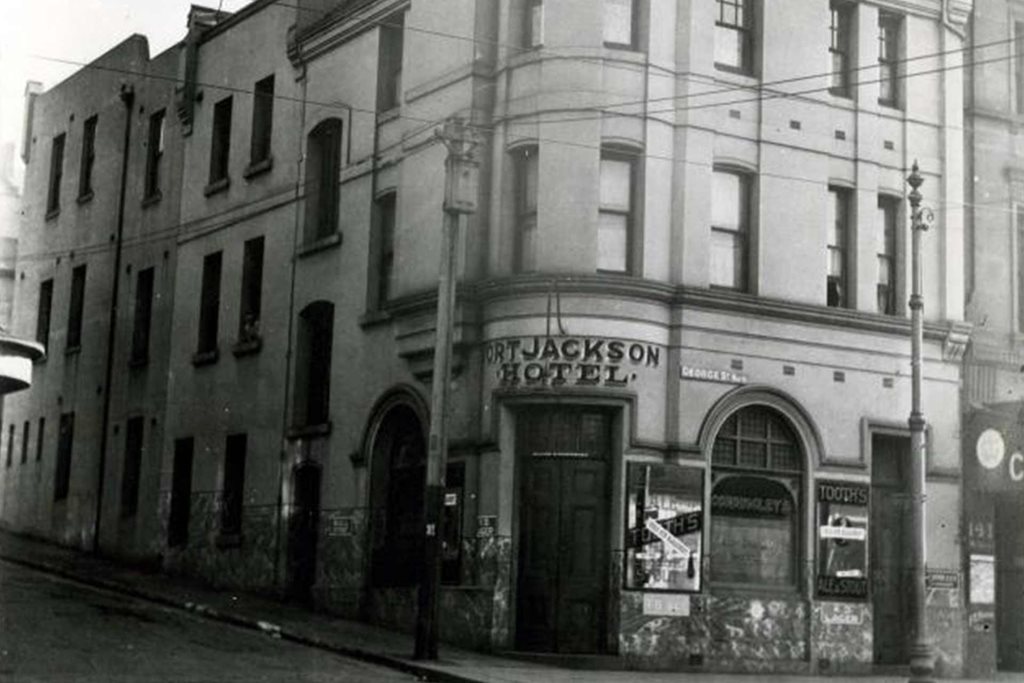 SHIPMATE IN ROOM 8 | THE RUSSELL HOTEL

When you think of The Russell Hotel, you might think of its renowned hospitality, the beautiful signature cocktails at The Push, or the frosty pints at The Fortune Of War Hotel. But it’s also known for something else – being the most haunted hotel in Sydney.

Across its history it has been a hospital, a hostel for sailors and an unofficial brothel, and The Russell’s most well-known ghost is an unnamed sailor who was murdered by a sex worker. It happened in room number 8, and his spirit has lingered there ever since – but appears only to women sleeping on their own. (We guess it makes sense that a ghost might also be a bit of a creep.) 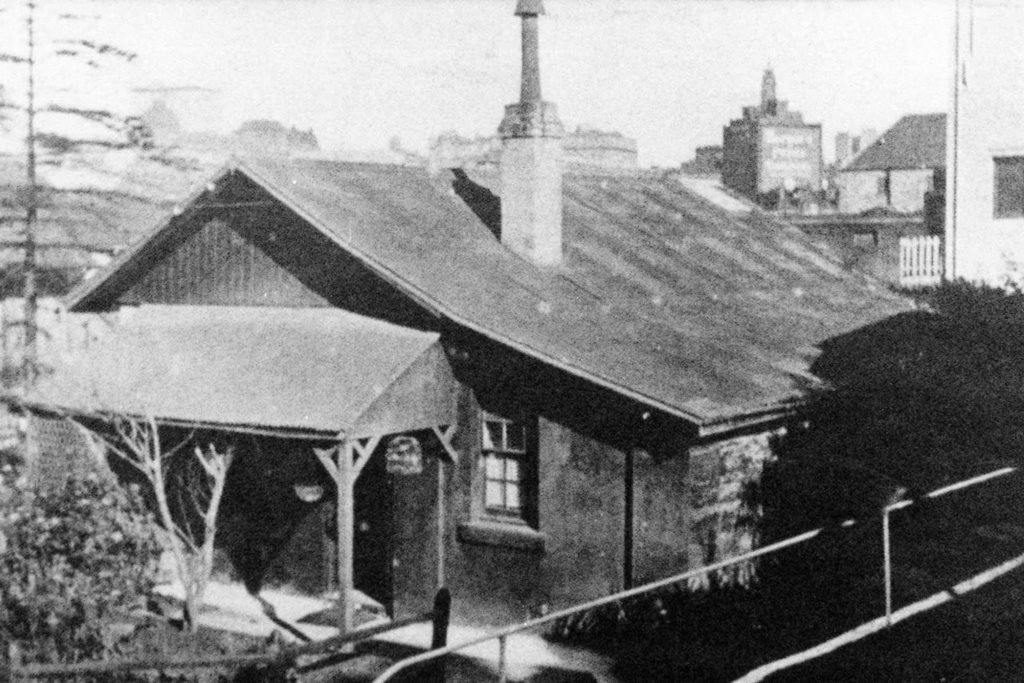 These days it’s a cute old cottage with Harbour views – the perfect vantage point to greet holidaymakers stepping off a tropical cruise. But in early Sydney, Cadman’s Cottage was the site of some pretty gruesome goings-on. One morning in November 1844, a man named Jean Videll brought a chest to the jetty (Cadman’s Cottage was right on the water in those days), containing the dismembered and partly burned body of his boss, Thomas Warne, who he had murdered the night before. He tried to hire a boatman to dump it out at sea, telling him the funky smell was because it was full of rotten pork, but the boatman doubted this. He alerted the nearest cop, and Videll was hanged a few months later. 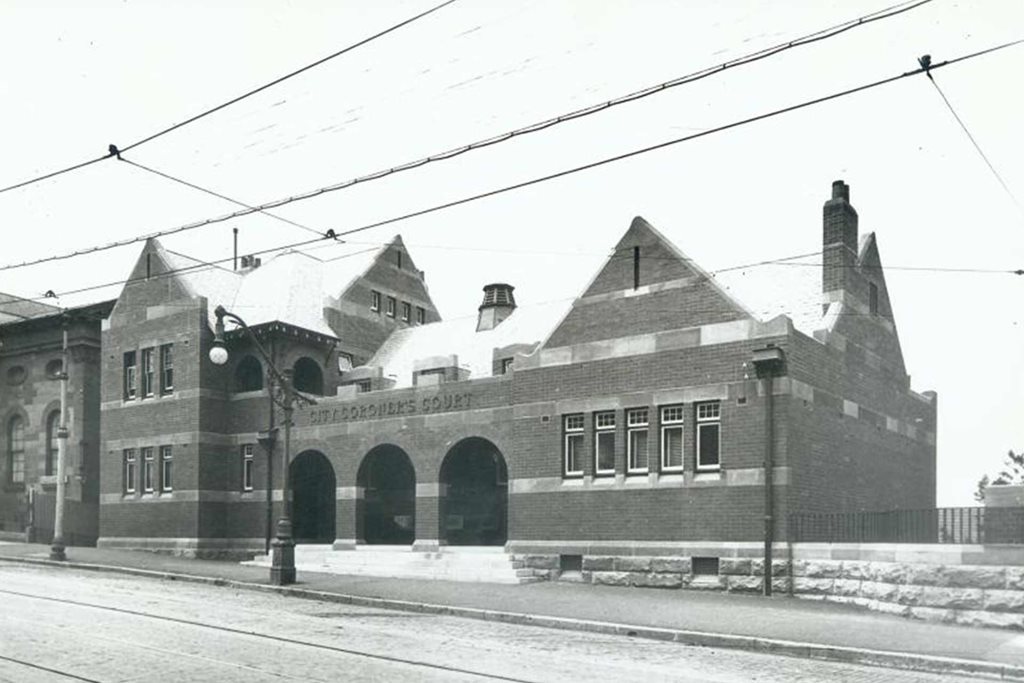 A SHARK ARM | ‘THE DEAD HOUSE’

Nicknamed The Dead House, for almost 120 years 102-104 George Street was the site of investigations into all cases of unexplained or sudden death in NSW. This included inquests into some of NSW’s most notorious unnatural deaths, like the 1935 ‘shark arm murder’.

In 1935, a fisherman off Coogee Beach hooked a small shark, which was then immediately swallowed by a massive tiger shark. It was taken alive to Coogee Aquarium to become an attraction. Days later it started to seem unwell, just before it vomited up the arm of police informer Jim Smith. An investigation found that this wasn’t an aquatic accident, and foul play was afoot. This grisly story has many chapters in The Rocks – the only witness was later found dead in his car at Dawes Point, and the guns used in his murder are said to have been stashed inside a chimney in Kendall Lane.

A SHARK LEGG | THE BIG DIG

Speaking of sharks, there’s the story of George Legg. In 1807 he drowned while fishing in the Harbour, and a few days later his hand was found inside the stomach of a shark. His wife (whose name was Ann Armsden, which is pretty unfortunate considering all the limbs in this story) sent out a search party to find the rest of him.

Almost 190 years later, the site of the home they shared would be uncovered by archaeologists at The Big Dig, which lies beneath the Sydney Harbour YHA. They found something pretty bizarre in there: the skeleton of a shark. Did Armsden hunt down the shark that took her Legg? Could that shark’s ghost still haunt The Rocks to this day? (Probably not – but best to keep an eye out, just to be safe.) 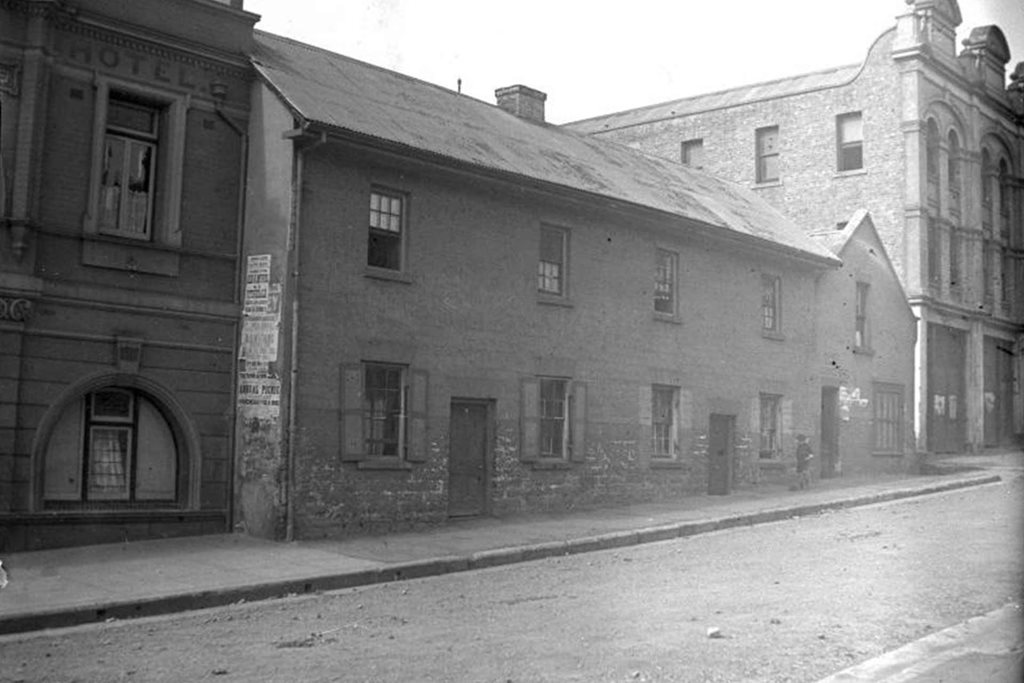 Reynolds Cottages are said to be haunted by the son of ex-convict William Reynolds, who died an extremely painful death. In 1838 he was accidentally shot in the leg while pigeon-shooting in Surry Hills, and his leg became infected. It ended up being amputated inside the house, without any anaesthetic. Unsurprisingly, he died soon afterwards. The ghost of Reynolds Snr. may also linger among the laneways, as he too died tragically in the house just a few years later, falling from a ladder and hitting his head on the pavement. 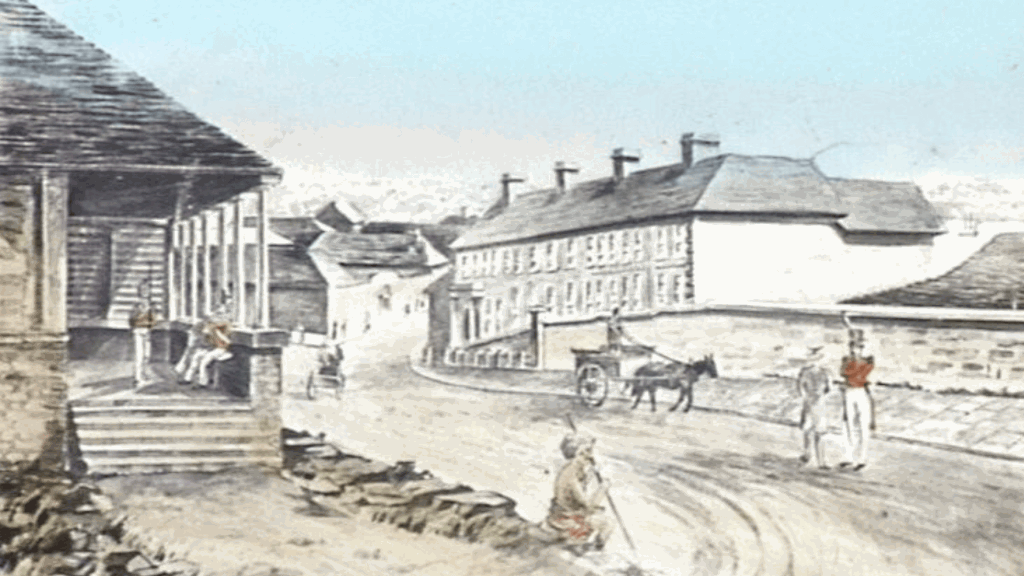 Head down to the corner of Essex, George and Harrington St and you will find the site of the former Sydney Gaol, a timber building that housed both male and female prisoners from 1797 to 1833. Famously, the hill nearby from Cumberland St to George St was known as Gallows Hill, where many spectators would gather to get a view over the gaol wall of the grueling executions taking place. The gaol became overcrowded, with prisoners later moved to the Darlinghurst Gaol. 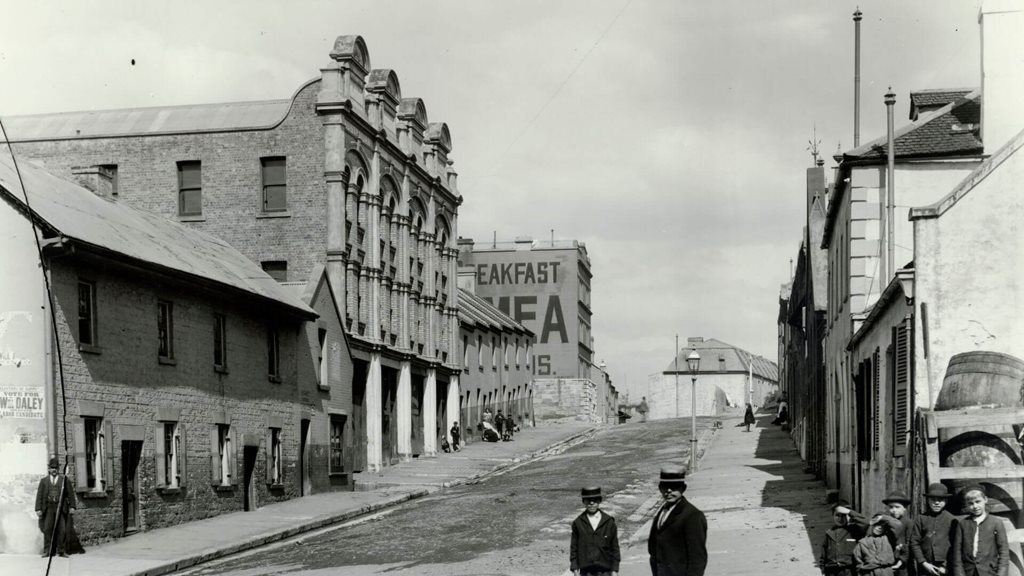 Who isn't a fan of a good love story? Harrington St near Harbour Rocks Hotel is said to be haunted by a man in search for his lost love. This man is believed to be Eric - a merchant seafarer who frequented the brothels that lined Harrington Street in the late 1880s. During one of his visits to the pleasure houses, he met Scarlett - the brothel madame - and fell in love. Each time he returned to Sydney after a voyage he would visit Scarlett, gifting her with souvenirs from his travels and a marriage proposal, which she repeatedly declined.

Eventually, Scarlett succumbed and the couple were engaged just as Eric was set to leave on a months-long journey to South America. The two were reported to have celebrated in the street with dancing and laughter.

Just days after Eric’s departure, Scarlett contracted tuberculosis and died. It was only after Eric set foot back in Sydney that he discovered his fiancée had passed. He died just weeks later, the cause rumoured to have been from a broken heart.

Eric’s ghost supposedly haunts Harrington Street, with legend telling that the man still wanders pointlessly as he searches for Scarlett. Harbour Rocks Hotel has embraced the tragic story as part of the local area's history. The current lobby bar is named in honour of Eric, the resident ghost of Harrington Street, and well-wishers at the hotel hope that he can be reunited with his lost love once again. 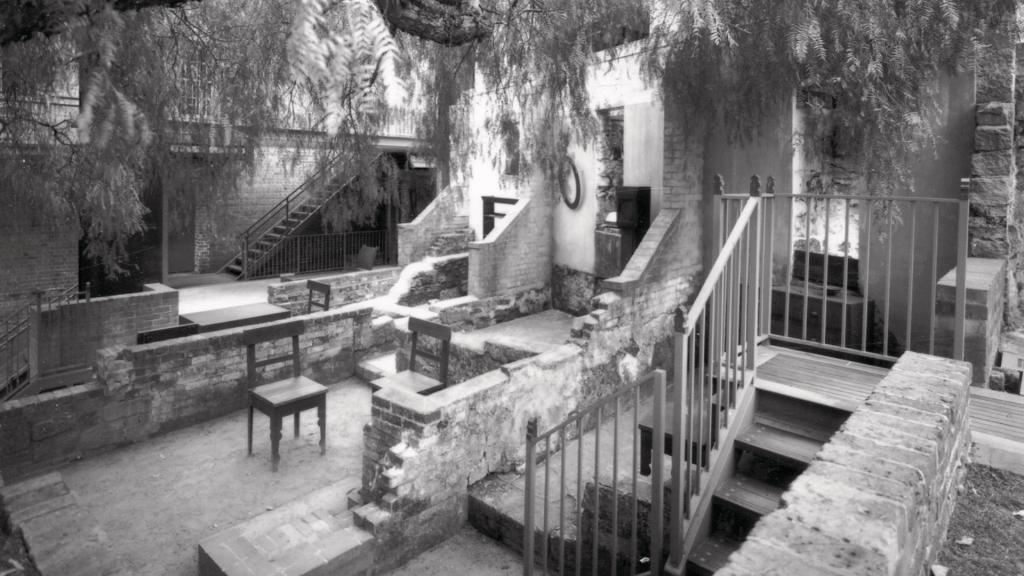 In 1891, the NSW Government launched an enquiry into Chinese Gambling in The Rocks, amid whispers that the local police were taking bribes to look the other way. One such policeman was Sgt Bartholomew Higgins who built five houses between Gloucester St and Playfair St. How else, it was said, could a policeman manage to afford so much property? Two of the houses are still standing in Playfair St whilst the remains of the other three can be seen in Foundation Park. 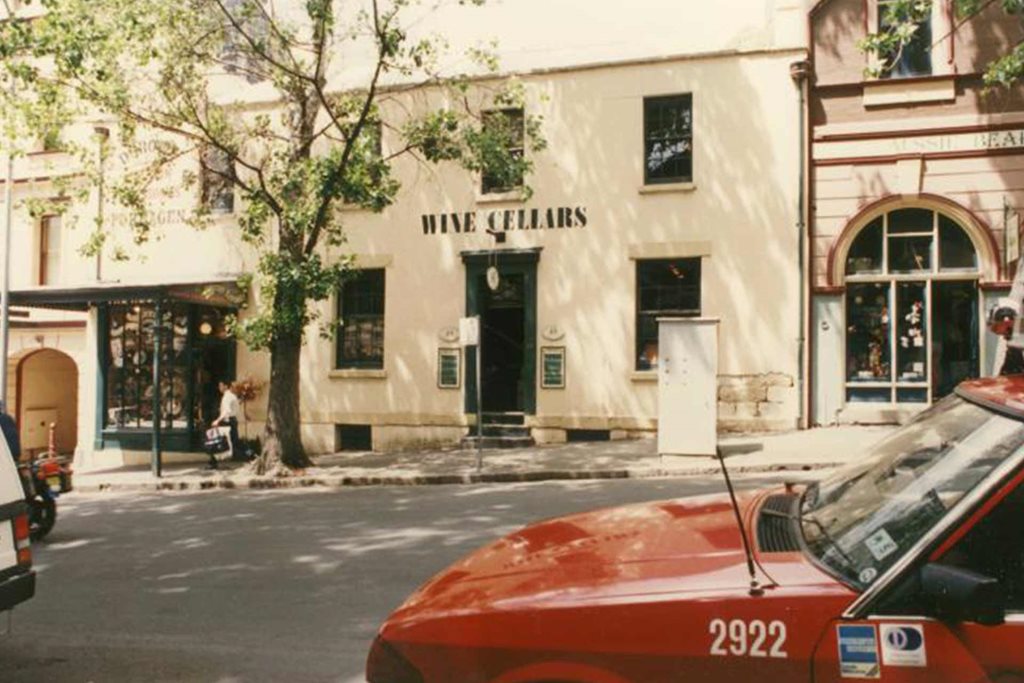 Ex-convict Michael Gannon was a carpenter, and given how profitable death was in The Rocks in those days, he focused especially on coffins. This led to him beginning work as an undertaker (a natural career progression, of course) in the rear of the property. Today the building houses the Gannon House Gallery, which showcases incredible Australian contemporary and Indigenous art. The spot where he tended to the bodies of the departed is the La Renaissance Café. From cadavers and corpses to canvases and croissants – that’s what we call a step up in the world.

Never miss out on editorial

Get updates on the latest editorial from The Rocks.

Uncover Sydney’s most unique shopping in The Rocks
Shopping can be one of the most fun things to do in Sydney – and if you want the best Sydney shopping, look no further. From high street luxury brands to emerging designers; from gorgeous gifts to self-care treats, The Rocks has it all and more.
Read Article
Celebrating some of The Rocks' most inspiring women
The Rocks is home to some of Australia’s finest shopping, eating and drinking. We meet the inspiring women behind it all and discover their stories.
Read Article
Five perfect books to read while self-isolating
Indoors getting you down? We reckon these self-isolation reads might help.
Read Article
The cult-fave beauty essentials of The Rocks
The Rocks is home to some of the best brands and boutiques that the world of beauty has to offer — and with them, these cult-fave beauty essentials.
Read Article
Even More Things To Explore
Subscribe for events, guides & offers
Subscribe No Thanks