Learn, practice and perform contemporary and classic pop, rock and soul tunes under the expertise of Australia's leading music mentors.

Over 1 day students will work with professional Session Musician / Performer / Multi-instrumentalist / Teacher Gian Timothy Gho to expand their performance skills in a collaborative and inspiring environment. They will workshop communication in an ensemble, chart reading, rhythm, pitch, dynamic, improvisation, stylistic interpretation and performance. Under his guidance they will use these new rehearsal and performance techniques to create a small set of diverse songs in collaboration with other students in the class to a present in a performance for family and friends at the end of the day.

Monday 26 September 9am to 6pm

Performance for family and friends commences at 5pm

Tim has been playing the drums for more than 10 years and graduated from his study at the Australian Institute of Music with a Bachelor’s Degree in Contemporary Music Performance in late 2019 after working with some of Sydney’s best drummers; Dave Plenty & Nic Cecire. Since then Tim has been performing and collaborating with a wide range of Sydney bands as a session musician on stage and in the studio playing Pop, Funk, Soul, RnB, Rock, Jazz and World Music.

He started his career as a member of an indie-rock band called “Bowling in Japan”. He has since recorded an EP and has been performing in various venues across Sydney and NSW with multiple outfits. Recently he recorded and performed with a young-upcoming Indonesian Jazz pianist Amanda Suwondo, working as her in-studio drummer for her debut album, “Revisit” and performing alongside her in several events including the SIMA Winter Jazz festival 2020. He has also been working with various singer/songwriters as a studio/session drummer and can be found playing live for these same Artists as they tour their work and appear in performance series’ such as Messiah Studios’ ‘Better in Colour;’ a monthly event that frequently calls on Tim as their in-house drummer (Jazzy K, Biggs 685, Krista Monica).

In addition to gigging around Sydney and spending time in the studio, Tim is a passionate teacher of various instruments, working with children and adults of all ages and levels in group and solo settings as he hopes to build the next generation of thriving Sydney Musicians and Artists. 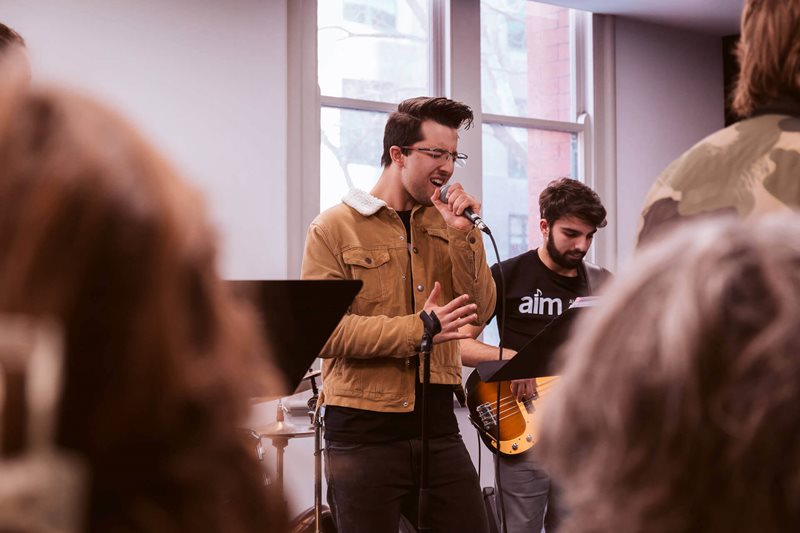 Monday 26 September 9am to 6pm

Songwriting School Holiday Workshop
By
An essential workshop for any high school student curious about writing songs and performing. A golden opportunity to work with incredibly accomplished songwriters.
View Event
17th Annual Aussie Hotel Beer Festival
Three days of celebrating the best beer and cider our country has to offer.
View Event
24th December from 3pm to 11pm
Christmas Eve Party
By
Kick off Christmas with sing-a-longs and plenty of cheer at The Mercantile's annual Christmas Eve celebration.
View Event
Hickson House Distillery Tour
By
Be guided through the gin making process and sample exclusive gin only available at the distillery door.
View Event
Subscribe for events, guides & offers
Subscribe No Thanks