Check out the highlights of Vivid Sydney from 09 to 19

To celebrate the 12th Vivid Sydney festival of light we’ve put together a list of the most epic installations from past festivals. 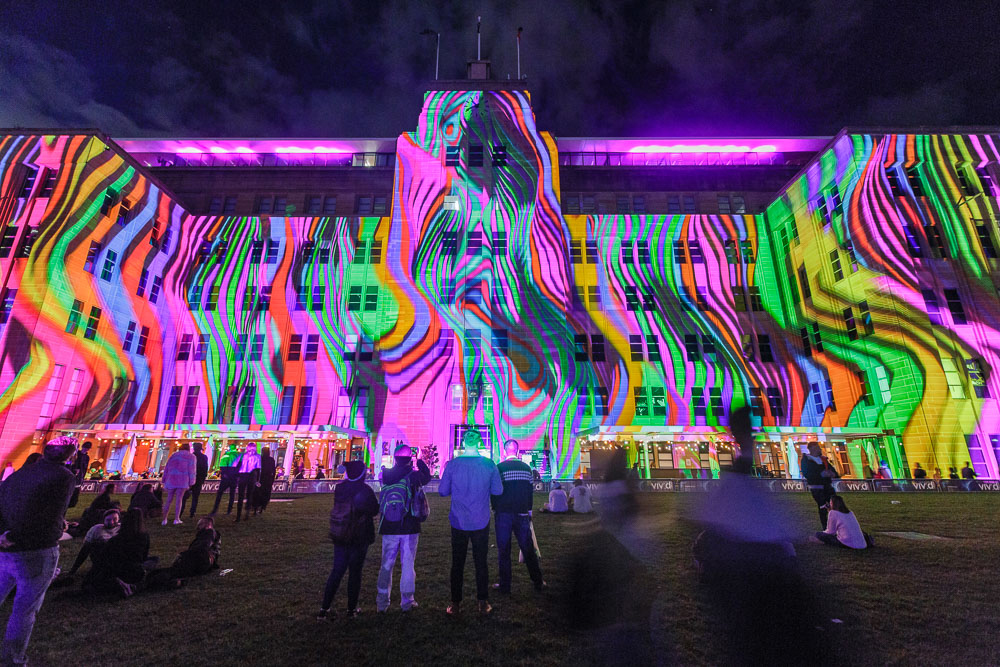 12 years ago, British creative Brian Eno’s vibrant, colourful art was projected onto both sides of the Sydney Opera House. This was the headline feature of the first ever Vivid Sydney - a celebration that would soon become the world’s biggest festival of light, creativity and ideas.

Since then, Vivid Sydney has attracted the world’s leading creatives and thinkers to flood the city with light during the darkest time of year. Epic light sculptures hide around every corner in Sydney’s public spaces, world-renowned musicians and thinkers share their talents,and the city comes to life with creativity.

In celebration of the first Vivid Sydney since 2019, we’re looking back at our favourite moments from past festivals here in The Rocks. 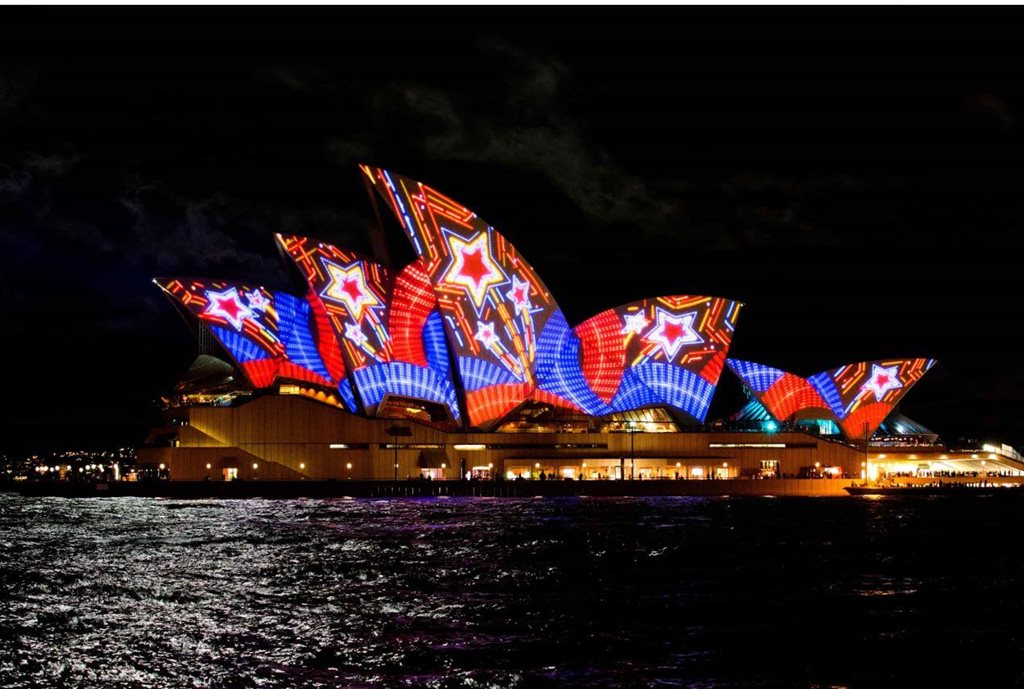 The first ever Vivid Sydney headline Installation was crafted by musician/artist Brian Eno. His work, 77 Million Paintings, consisted of hundreds of collages that he crafted by hand before remixing them with software and projecting them all over the Sydney Opera House.

This epic scene was best viewed from across the harbour at one of The Rocks’ many harbourside or rooftop bars, restaurants and public spaces. 12 years on and a new artist’s work still lights the sails of the Opera House every year during Vivid Sydney. 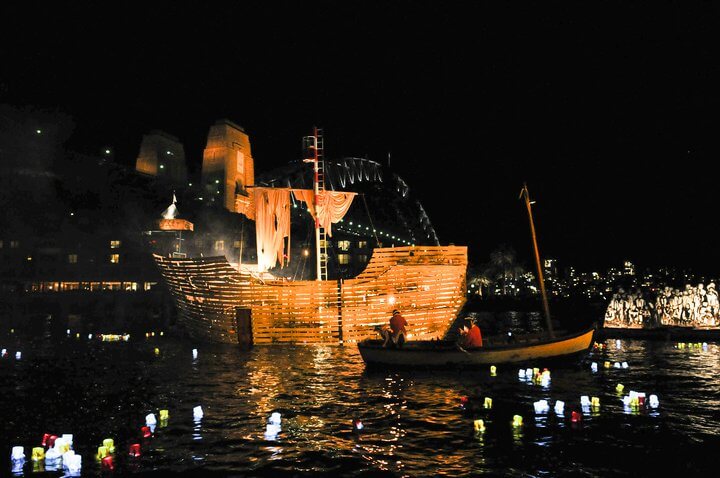 The Rocks is Sydney’s most historic site and was one of the first European settlements in the country. Firewater tells the tale of the area’s chequered past by chronicling the destruction of the Three Bees - a slave ship that burst into flames in the harbour.

A long concrete bench with 180-degree views over the harbour and the bridge was transformed by artist Joe Snell to resemble the heat and light of a blazing ember. This installation expressed the beauty and danger of fire in one of The Rocks busiest public spaces. 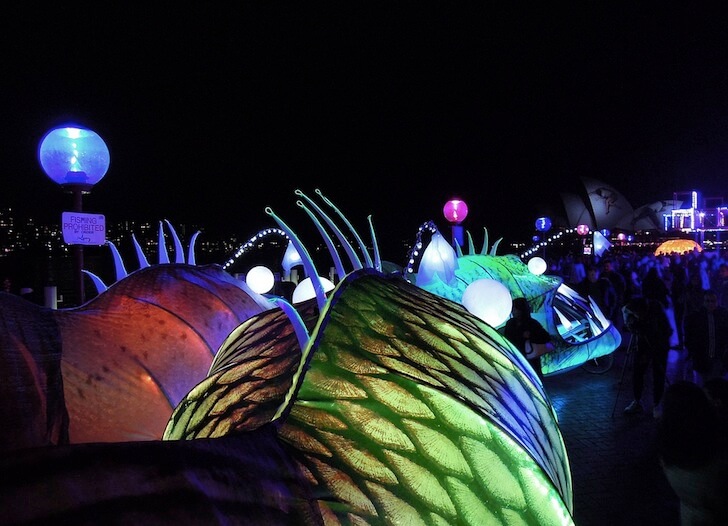 In 2012, Vivid invited over 100 creatives from all over the world to take part in the festival - twice as many as the previous year. One of the highlights of the festival was the gigantic angler fish bicycles that were available to rent to explore the exhibits in The Rocks.

The bikes were wrapped in digitally printed angler fish designs complete with fins, bobble eyes and gigantic teeth. The otherworldly fish were then illuminated from within and appeared to swim as they moved. 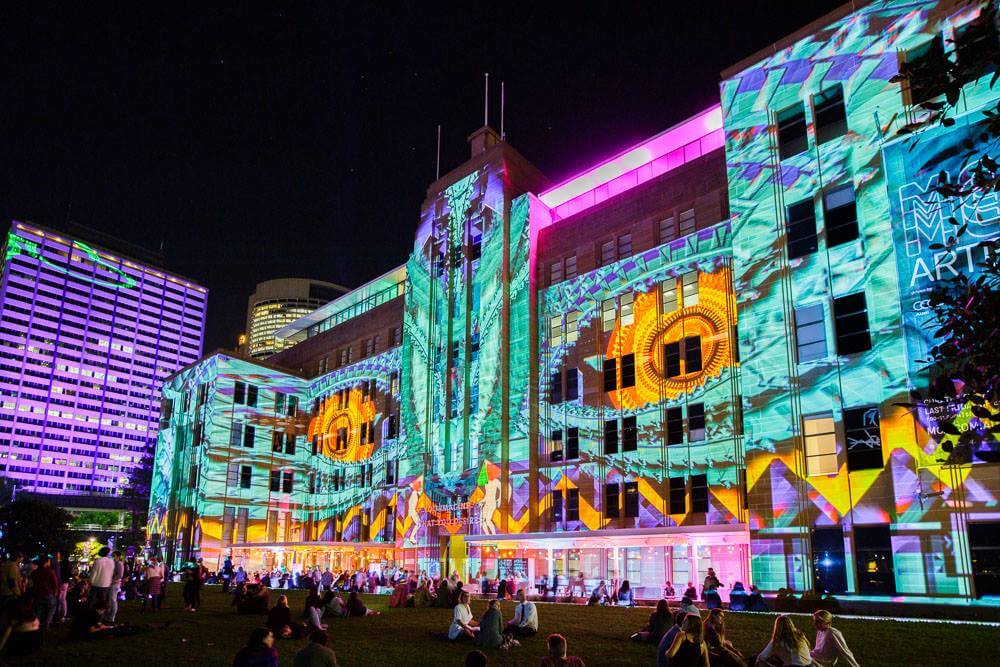 Australia’s leading exhibitor of contemporary art, the MCA in The Rocks, was transformed into a constantly shifting artwork for Vivid Sydney 2014. 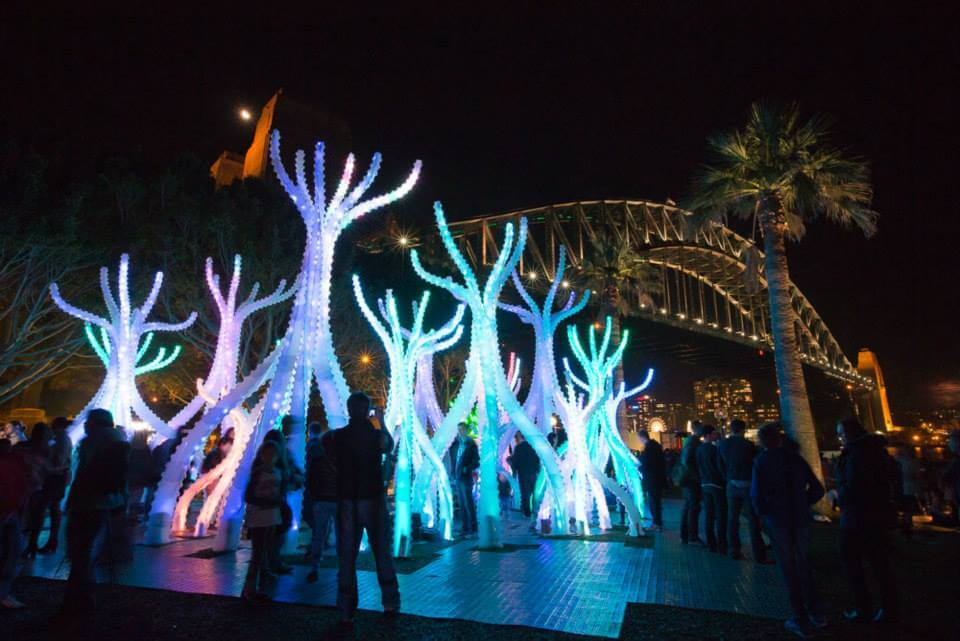 An installation that resembles Australia’s native mangroves and responds to the weather lit up Campbells Cove in The Rocks at Vivid Sydney 2015. All 18 of these gigantic trees were built to sense changes in wind speed, temperature and humidity, then express them through LED lights inside their branches.

Visitors to the harbourside forest were treated to bursts of vibrant colours from up close in The Rocks - or across the harbour from the Sydney Opera House. 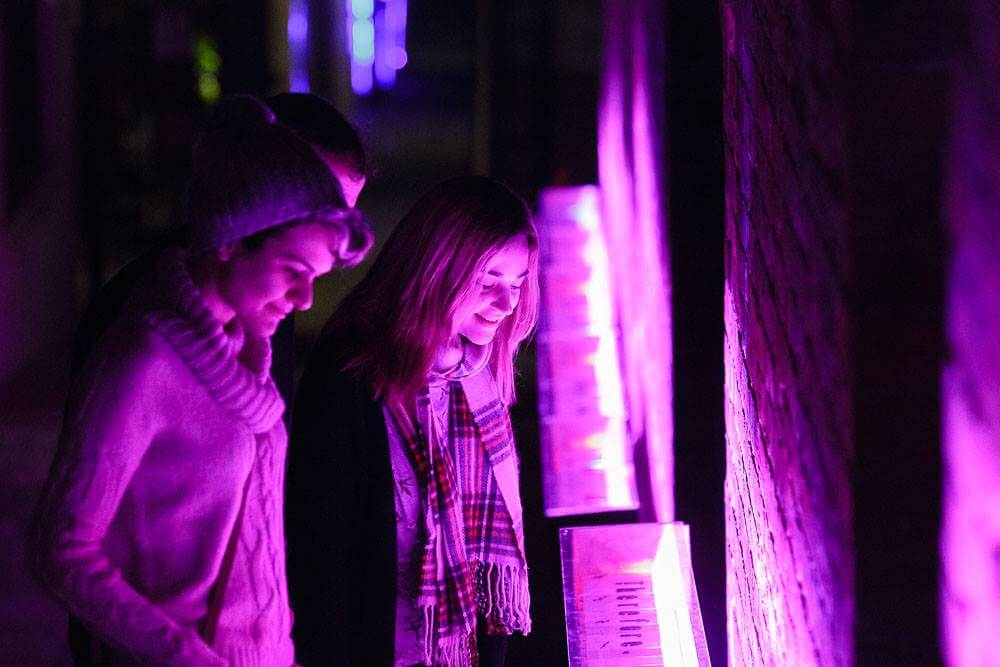 Over the years, Vivid Sydney has featured its fair share of large-scale, epic sculptures but often it's the smaller, more intimate installations that leave a lasting impression. The Unnoticed in 2017 was one such piece.

Down a dark and hidden alleyway in The Rocks a number of colourful lights and motion sensors were hidden. When unwitting participants walked into the alley it transformed into a kaleidoscope of shifting light that reacted to their presence and movements. 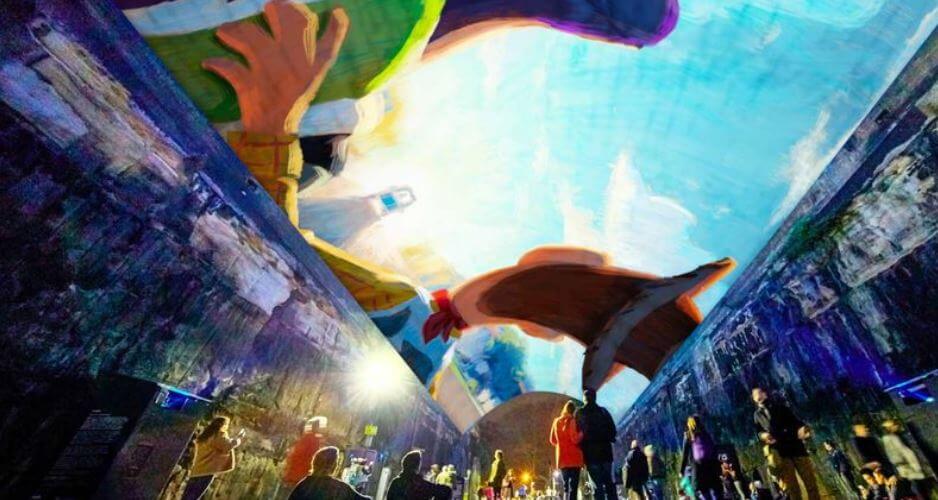 In 1995, Pixar released the world’s first ever full-length computer animated feature film - Toy Story. Since that day, they’ve gone on to become the world’s most acclaimed animation studio winning dozens of Academy Awards and releasing films grossing over $18 billion.

To celebrate their humble beginnings and creative triumphs, Pixar collaborated with Vivid Sydney to transform the Argyle Cut with an animated light projection showing behind-the-scenes artwork and animation featuring the iconic characters of Pixar’s films.

Check out our guide to enjoying the festival of light here The Rocks and make your own Vivid Sydney highlights for 2021.

Jack Mundey, the Green Bans, and the Battle for The Rocks
Happy birthday to Jack Mundey, the cultural and environmental activist, who shaped The Rocks.
Read Article
Zoom catch ups at The Rocks’ most iconic spots
Change those trackies for fancy pants and get your hair did, because your next work meeting or social event is harbourside at The Rocks. Sort of.
Read Article
5 of the best public parks in The Rocks
If you’re looking for a green space among the bricks, we’ve got you covered. These are the five best parks in The Rocks.
Read Article
Solve these online jigsaw puzzles from past VIVID events in The Rocks
Miss exploring The Rocks during VIVID? We may not be able to celebrate this year, but you can enjoy the challenge of solving 12 jigsaw puzzles from 2013 to 2019.
Read Article
Even More Things To Explore
Subscribe for events, guides & offers
Subscribe No Thanks